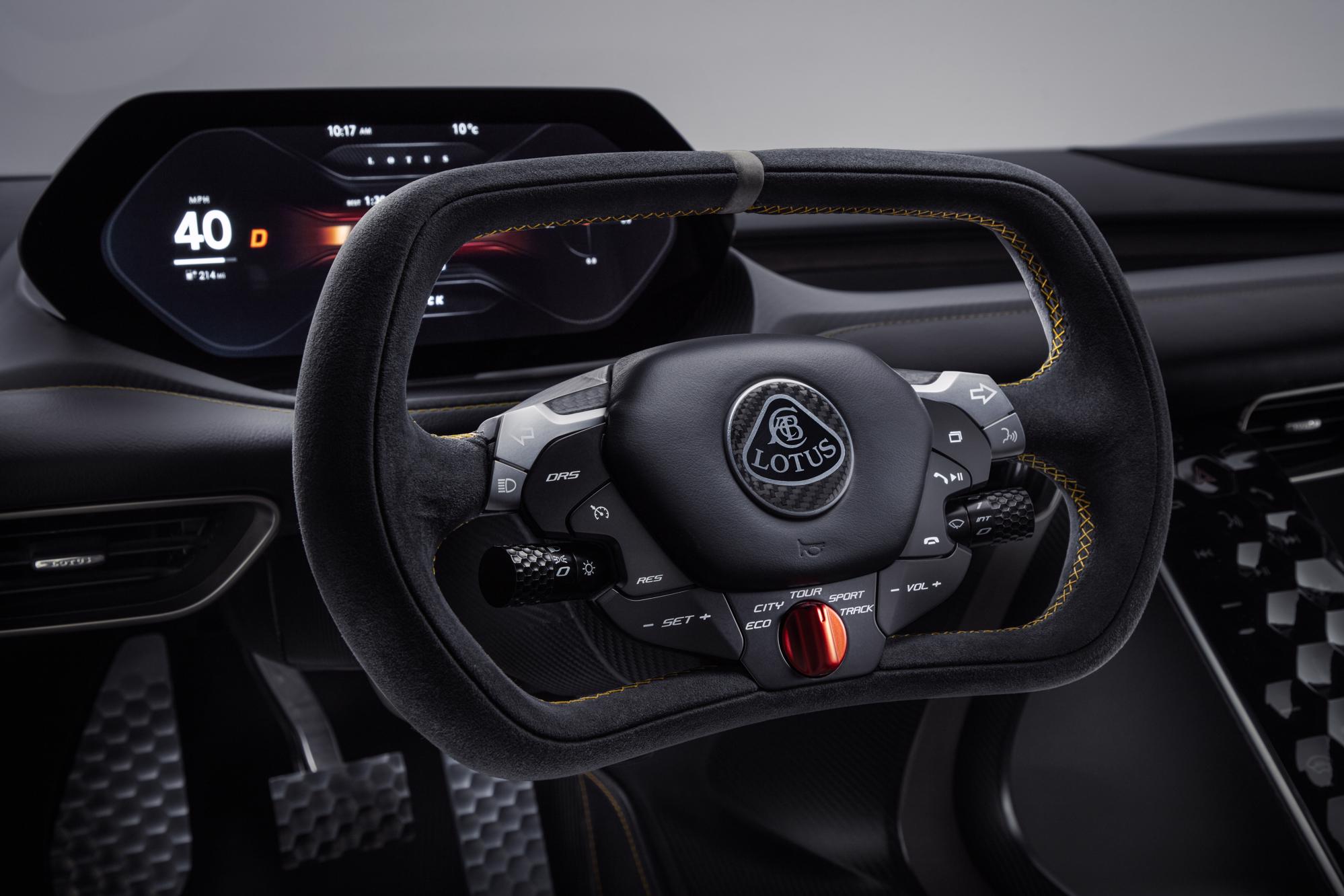 The all-electric vehicle has been designed together with Williams Advanced Engineering, a major Formula-E tech vendor. The powertrain specs are staggering: each wheel comes equipped with its own 500-hp (373-kW) electric motor, which translates into 2,000 hp (1,492 kW) and 1,700 Nm (1,254 lb-ft) total.

A heavy 70-kWh battery located behind the seats offers around 400 kilometers (250 miles) of mixed-mode driving range in usual conditions. When going full throttle on a racing circuit, the battery gets depleted within a mere 7 minutes. As many as four radiators provide the much-needed cooling.

Aerodynamic performance is another area where the new Lotus Evija delivers. There are Venturi tunnels cut into its body from the doors to the rear end, video cameras instead of side mirrors, and an extendable rear wing with variable angle of attack.

To control its immense amount of power, the car makes use of AP Racing carbon-ceramic brakes and Pirelli Trofeo R pro-grade tires. The feature list includes a multimedia system, climate control, and Osram dipped-beam laser headlights that can switch between high and low beam modes.

The production will take place in Hethel, Norfolk, England, and the company is already accepting pre-orders. Each of the 130 hypercars costs £1,700,000.