This Pontiac-faced Camaro could be yours for $70k 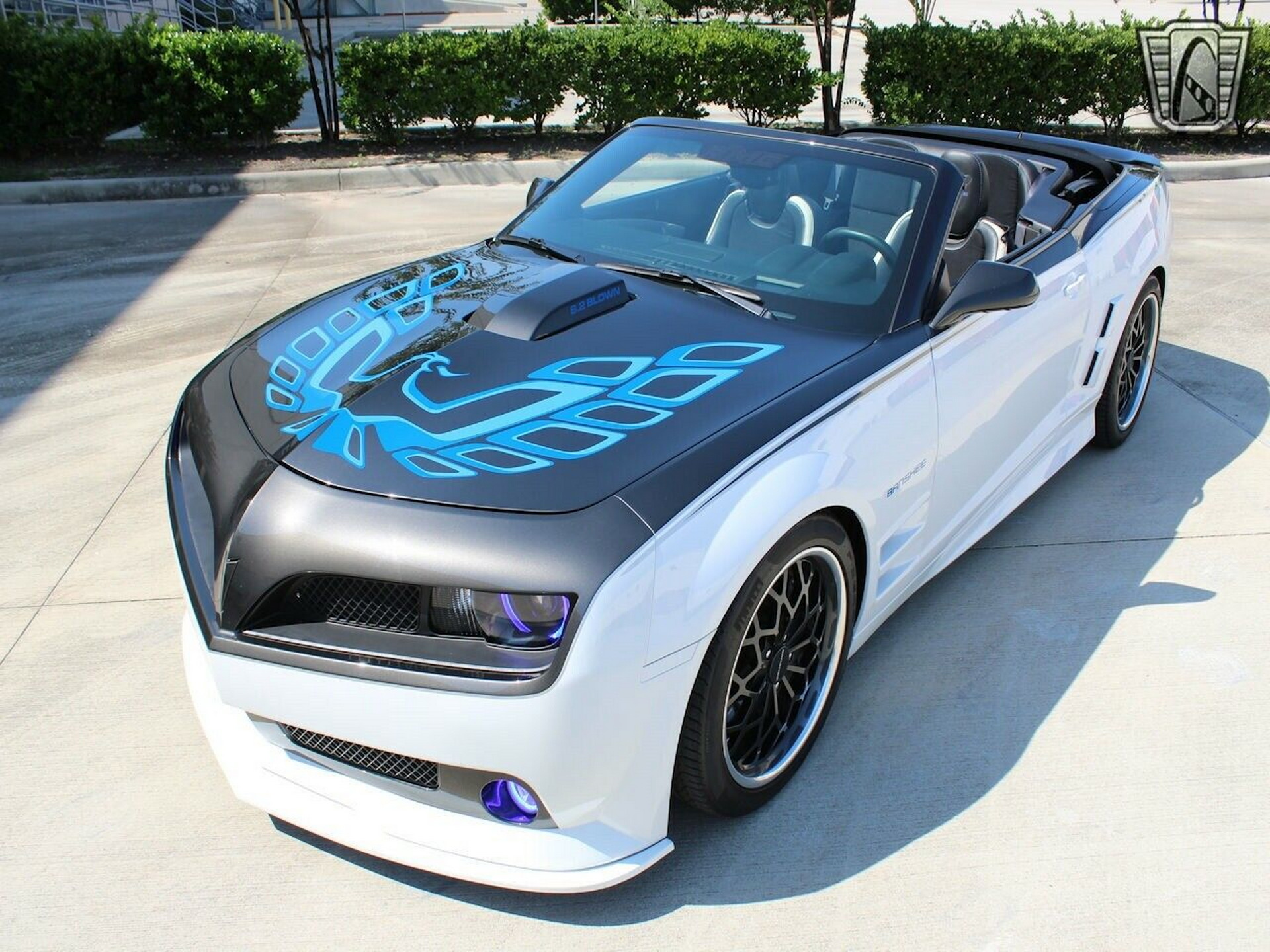 SEMA show car designers go out on a limb to make sure their ride gets noticed in the crowd, to the extent that certain examples cost well into the six-digit USD territory. This 2011 Chevrolet Camaro is one of them, and it manages to look great for much less than that.

The Camaro wears a styling kit that makes it resemble the Pontiac Trans Am and especially the Banshee Concept by the same automaker. Built by the Restore a Muscle Car team including Dave Hall, it sports new bumpers, hood, side skirts, and wheel arches. The wheels themselves are new, and a stylish wrap adorns the hood with a special graphics on the hood.

Interior changes are few and far between: there are a couple of extra gauges and assorted tuner’s logos, but that’s about it. Things get serious under the hood, where the stock 6.2-liter V8 enjoys a boost to almost twice its OEM capacity: from 432 PS (426 hp / 318 kW) to 811 PS (800 hp / 596 kW). Mods include a supercharger, a Kooks exhaust, new cylinder heads and lifters, and an overhauled fuel system.