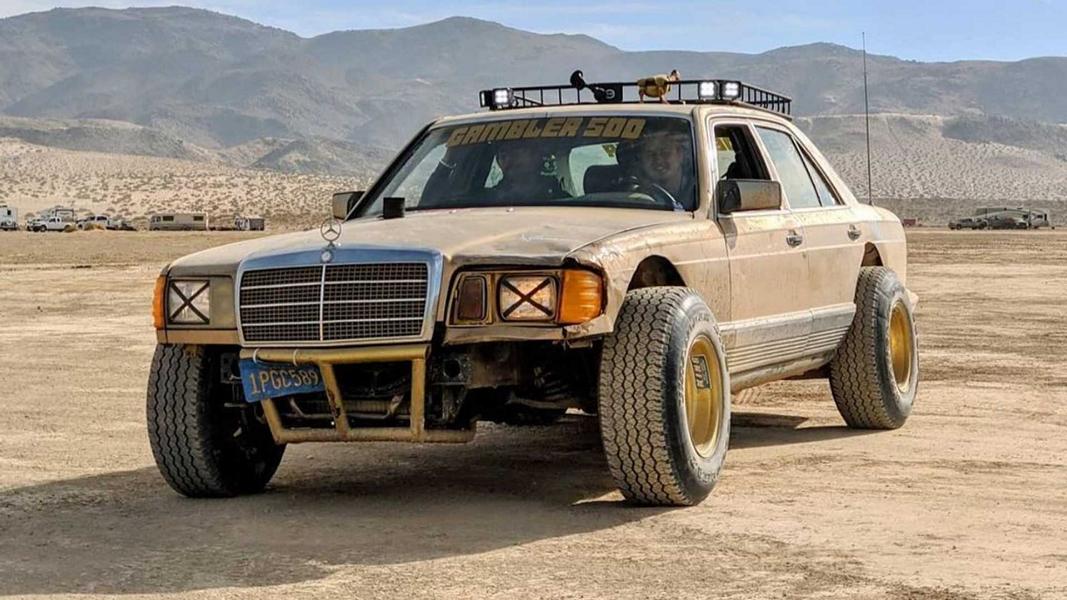 Car tuning does not have to be ludicrously expensive: a good example comes in the shape of this elderly Mercedes-Benz 300 SD (W 126), which transformed into a no-nonsense diesel-powered rally car for less than $800.

In order to help the goody-two-shoes S-Class to traverse dirt and survive, it received a $200 set of off-road tires. The old engine made in 1982 was also scrapped in favor of a 130-hp (97-kW) diesel mill that set the driver back another $540. A tube frame was added for rigidity and sheet metal was used for underbody protection – both apparently sourced from a scrapyard or other such place.

The ride was built specifically to participate in the Gambler 500 rally only attended by cheaper cars. The rules of the event call upon drivers to invest $500 or less into their vehicles if possible, although exceeding that sum is possible within reason.