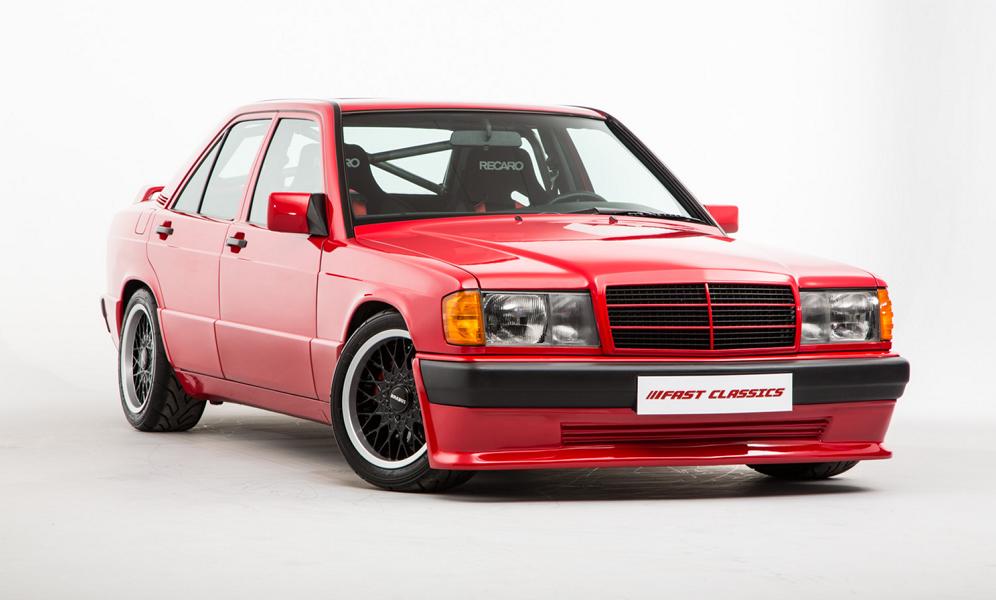 Tuner Brabus made an obscenely expensive and unique custom car based on the Mercedes 190 E (W201) back in the late 1980s, and a mere replica of it is now on sale for €100,000. Not to worry, though: it is more authentic than the original. Look, just read on.

The story starts in 1988 with a Brabus client wanting something entirely special to drive in Germany. He ordered a makeover for his 190 E, giving it new bumpers, a radiator grille painted to match the body, and even a sophisticated rear wing with an integrated air vent for the inter-axle differential.

Interior upgrades included a robust roll cage that took the place of the rear seats and Recaro Spa Kevlar seats weighing 3.3 kilos (7.3 lbs) apiece. Everything else went out of the window, including even the air conditioner.

Impressed already? Well, the client wasn’t. After driving his dream ride for a little bit, he realized that he needed the rear bank, needed the AC and did not like the new seats. In the end, he paid to have most of the modifications reverted expect for some body kit and engine upgrades. The one-off ride ceased to be.

Rewind to 2008: another client discovered the project and requested essentially the same makeover. His ‘replica’ is now being auctioned off, and the price seems rather fair given the circumstances.