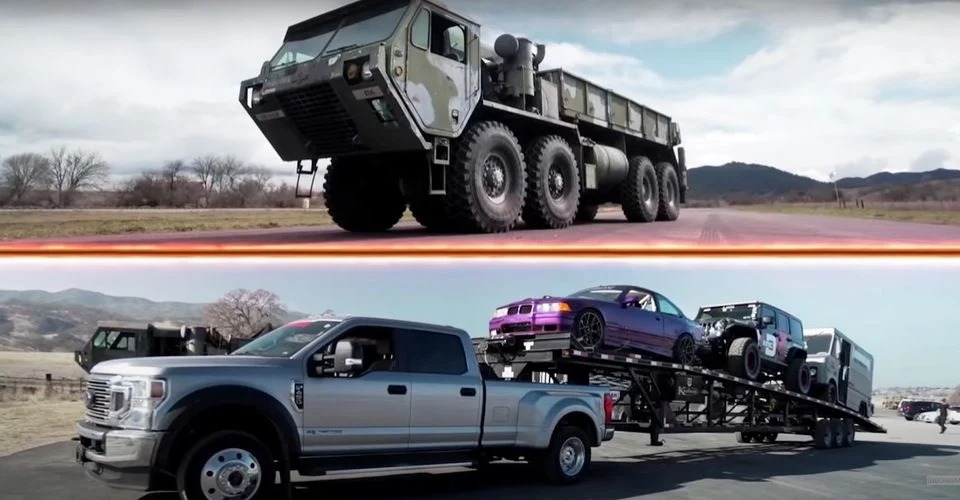 We are all used to seeing an endless stream of supercars, stock cars and drag strip kings racing each other in a straight line. If you’d rather watch something different, look no further than this race between an Oshkosh HEMTT army eight-wheeler and a Ford F-450 trailer towing three other cars.

Watch the video until the end for a bonus scene (firetruck vs. man).