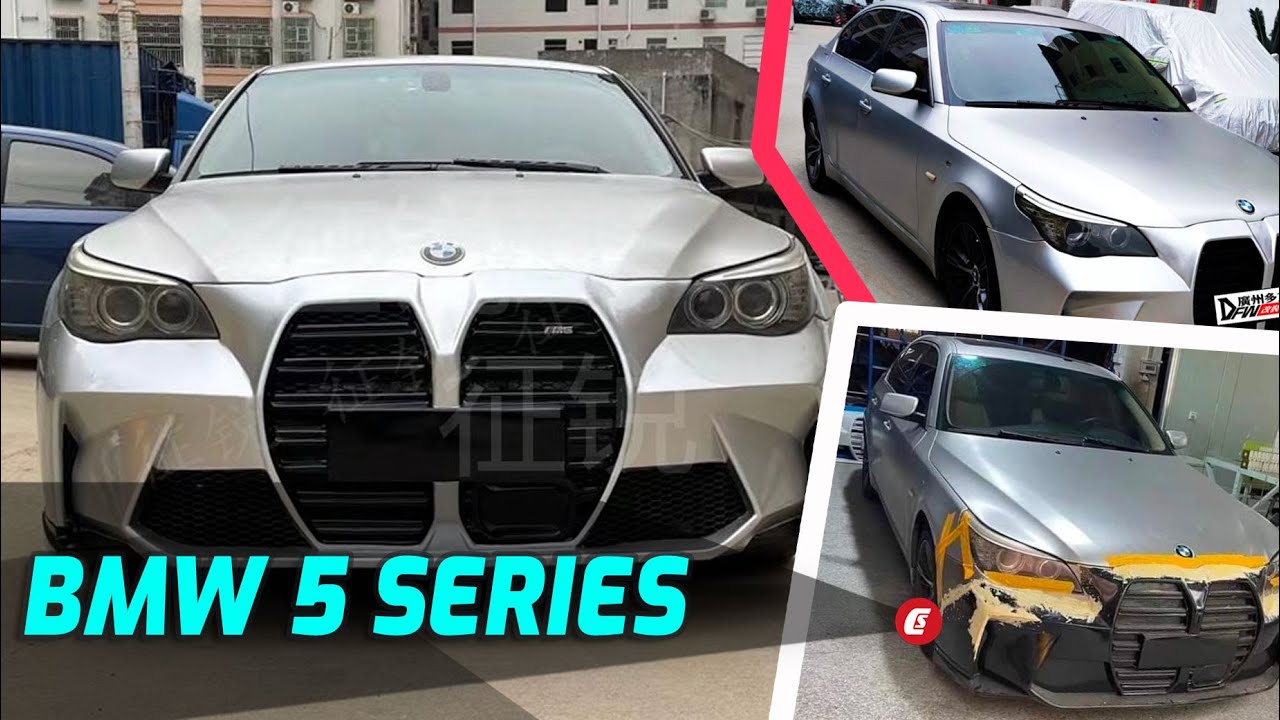 We have seen plenty of unconventional car mods over the years, but this G80 M3 grille replica for the BMW E60 5-Series is just beyond good and evil.

Listed on Taobao for mere $380, the oversized dual-kidney grille could give your classical BMW sedan a more up-to-date look – that is, if you don’t mind completely ruining its front end proportions. While tuners all over the world work hard to mitigate the shortcomings of the new grille – which they have dubbed Beaver’s Teeth, Hell’s Maw and Double Coffins, among many other equally vivid metaphors – someone in China felt a reverse transformation would be fun.

Having said that, there is a definite irony in all of this, regardless of whether the seller realizes it or not. The car it is meant for is an E60-generation BMW 5-Series, which was designed by the infamous Christopher Bangle and widely criticized in its time. So, don’t these two wrongs make a right somehow?

Re-read the news title for our opinion or share yours if you disagree!