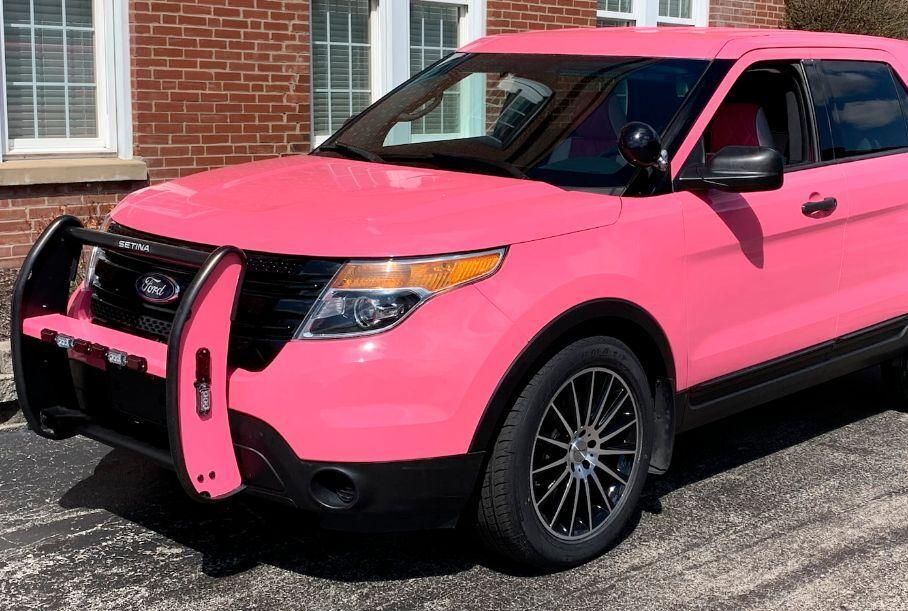 Have you ever seen a police car as eye-wateringly pink as this? Knock yourself off, then.

The car, which has a battering ram at the front and will soon go under the hammer at Mecum, saw the daylight in 2013. Its current owner hopes to sell it for U.S. $20,000. A flashing light beacon and auxiliary LEDs are included.

The cabin is just as shrill pink as the body with some white parts on the seats and door panels.

Powering the ride is a 3.7-liter V6 mated to an automatic transmission. The owner says nothing about the condition of the car or its background, including whether it participated in special operations or was exclusively used as a promo car.

Watch the video for a different, yet similarly crazy police interceptor.