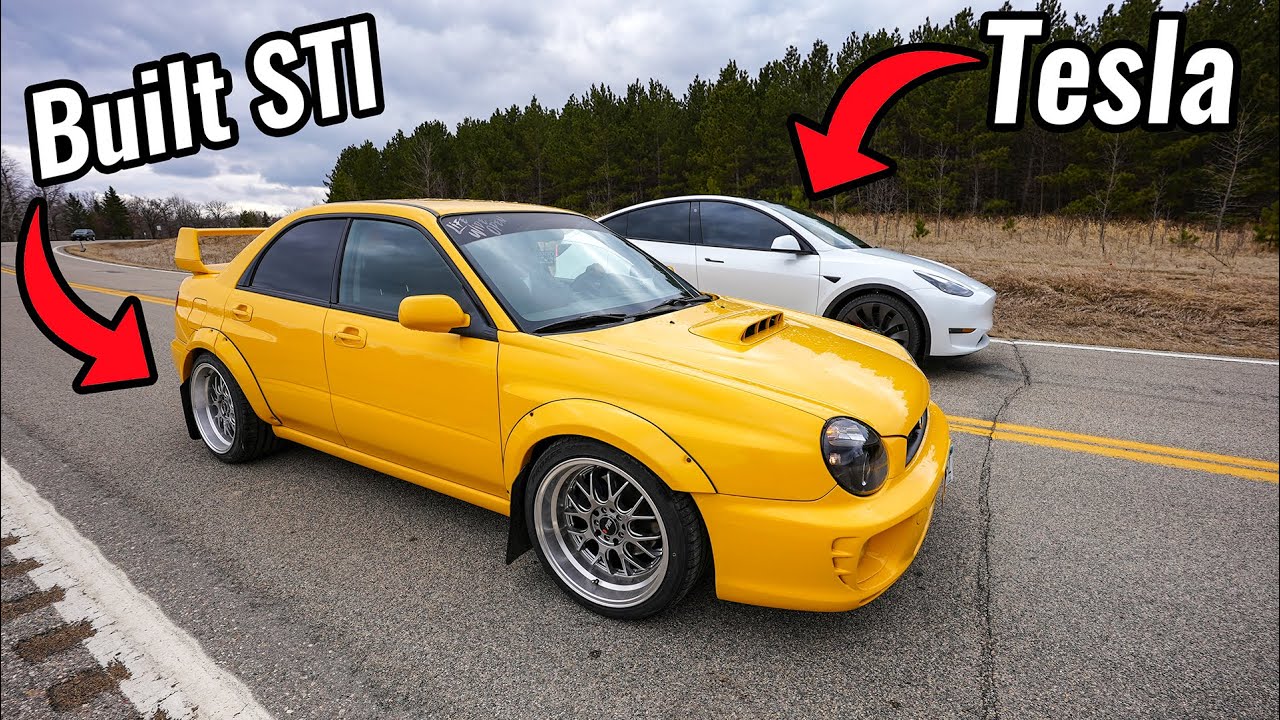 The owner of this vivid yellow Subaru WRX STI felt like showing to the whole world how tuned ICE cars are superior to EVs. What could go wrong?

The video starts with some fooling around (plenty of it, actually), and the Subaru driver is in no haste to reveal what modifications were made to his ride. He does mention that it looks awesome and sounds the part, too, but that’s about it. Looking at it, there is a rather extensive aerodynamic kit, a hood scoop, a rear wing, and a performance exhaust system.

Races begin just before six minutes in, and payback soon rains down on one of the participants, leaving them with a broken gearbox. Guess which one that is? Of course you do, but watch the video all the same – it’s fun!