Marvel at the Smart Roadster Brabus V6 Biturbo, a beautiful gem no one wanted 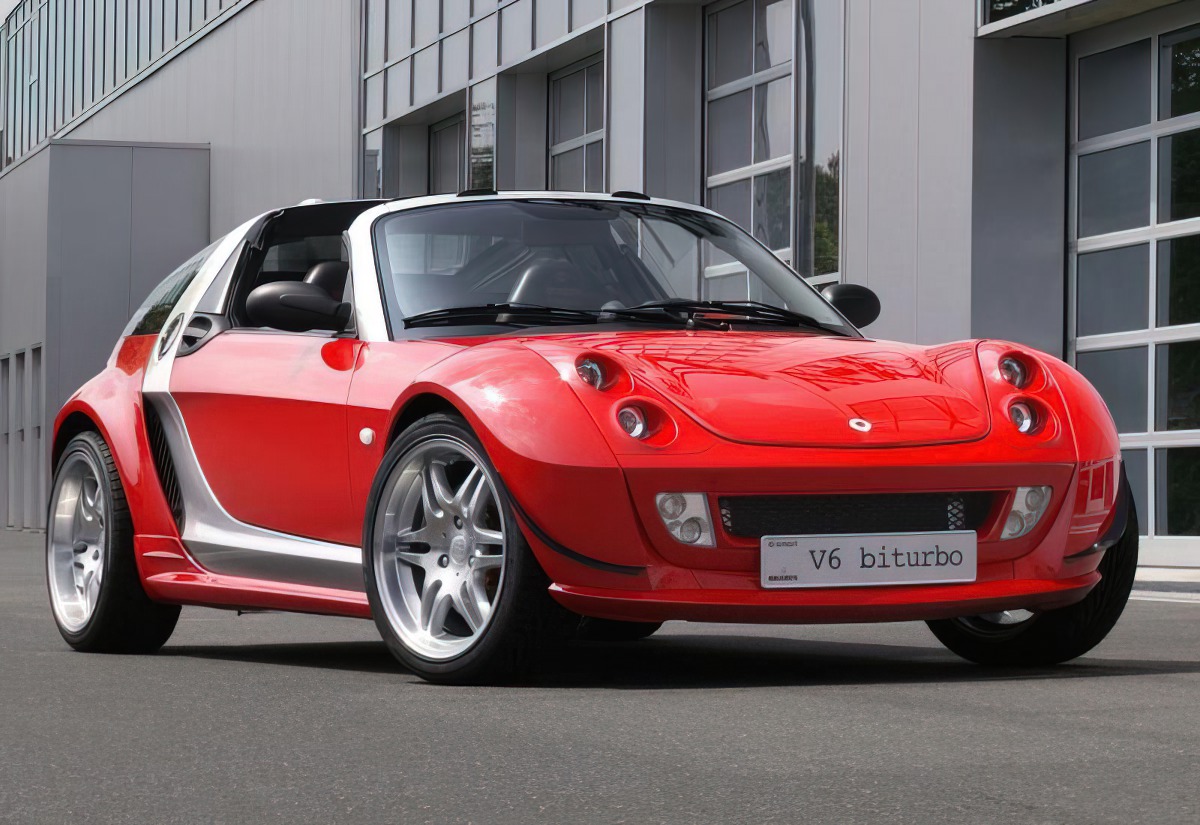 Few remember anymore, but 18 years ago, tuner shop Brabus set off on a doomed crusade to turn the petite Smart Roadster into a no-nonsense tuner car with a V6 under the hood. This is how that story goes.

Smart announced its original Roadster model in 1999, initially landing it with a meager 61-PS (60-hp / 45-kW) engine. The car was plagued with issues, such as unbearably sluggish sequential transmission, hardly any trunk space, slow acceleration, and a roof that you could only open up a bit, much to the frustration of fresh air driving enthusiasts. A coupe version followed shortly thereafter, but couldn’t remedy the situation.

Brabus took the matter in its own hands and announced a spin-off series with stylish aftermarket wheels, new exhaust finishers and a mild performance boost. The roadster version went for €24,950 and the coupe for €26,570. As nice as it looked, few were willing to almost double the €14,990 base price just for a handful of gimmicks.

This is when the German tuner came up with the idea to produce a series of ten ultimate vehicles named the Smart Roadster Brabus V6 Biturbo. Each was to receive a twin-turbo V6 capable of 170 PS (168 hp / 125 kW) and 220 Nm (162 lb-ft) of torque. A six-speed manual transmission reduced to five gears was tasked with delivering the momentum. The car could hit 100 km/h (62 mph) in 5.8 seconds tuned like this. However, out of the planned ten units, the company only ever built three.

The reason? According to reports, the Brabus V6 Biturbo turned out exorbitantly expensive at €330,000 – and a pain to maintain, on top of that. Can you imagine dismantling the whole engine just to change oil? Well, that’s just one of the highlights.

Watch the full video for a detailed overview of this truly one-of-a-kind project.