Check out the Jerrari, a crossbreed between a Jeep and a Ferrari 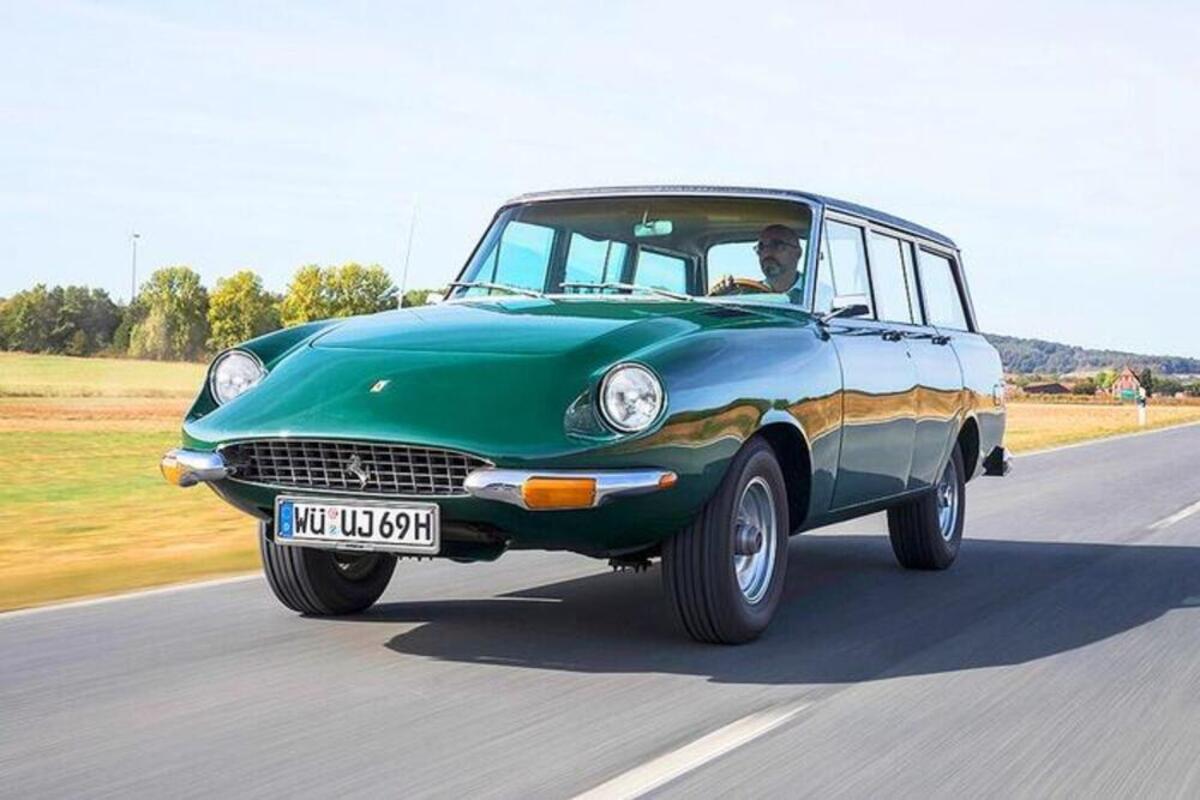 While Ferrari continues working on its first crossover SUV named Purosangue, a unique, 52-year-old mix between an Italian GT and a North American off-roader is looking for a new owner at an auction.

The ad lists the vehicle as a Jeep Grand Wagoneer, which is only partially true, since the entire front and the V12 stem from a Ferrari 365 GT 2+2. Car collector William Harrah had this one-off example built to his exact specification.

Tuners took a Grand Wagoneer – which was state-of-the-art back at the time, by the way – and a crashed Ferrari that once belonged to the businessman himself until he lost it to an accident in heavy snowfall.

Harrah had originally intended to order a custom-built AWD Ferrari car, but ultimately met refusal from CEO and founder Enzo Ferrari himself. He then entrusted the project into the hands of the workers who maintained and repaired his car collection.

According to one report, the 4.4-liter V12 produces 320 PS (316 hp / 235 kW) in conjunction with a three-speed Jeep transmission. Another report contradicts it, claiming that a Ferrari five-speed manual gearbox was used instead.

Prices are available upon request, the auction holder says.