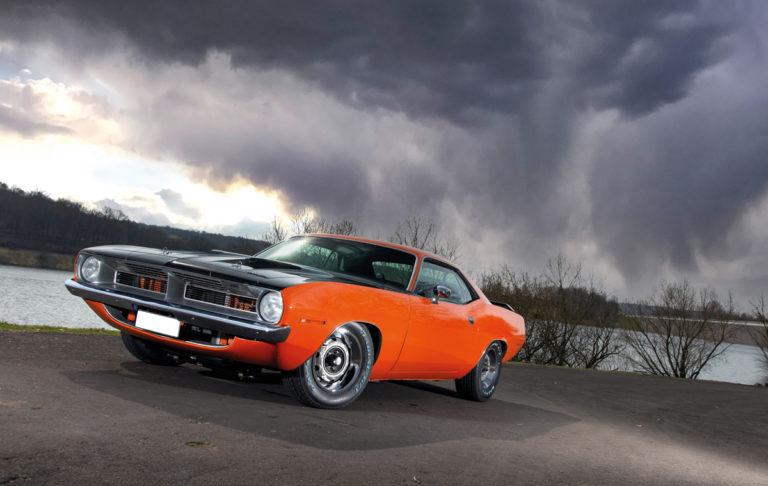 The Plymouth Barracuda is a widely known muscle car and Dodge Charger rival that retired a few decades ago. Tuners still occasionally get an example to play with, and this specific one probably had it better than most.

The tuner only assigned the name ‘Cuda’ to the most powerful 3rd-gen Barracudas rocking 3.3-liter inline-six engines. Whoever bought the car in the United States felt it was lacking, because they had the mill swapped to a 7.2L V8 armed with four carburetors.

After a while, the car made it overseas and into Germany. Its next owner felt that repairing the engine would be too much of a hassle and swapped it out yet again for an even more extreme 8.4-liter unit. The net result amounted to 588 PS (580 hp / 432 kW) and 865 Nm (638 lb-ft) of torque hitting the wheels.

Elsewhere, the Cuda benefits from reworked suspension, an orange body finish, a sports exhaust system, 15-inch steel rollers wrapped in Galaxy R1 rubber, and Wilwood brakes. The interior seems to be missing out a bit, though, staying largely stock except for a few added instruments.