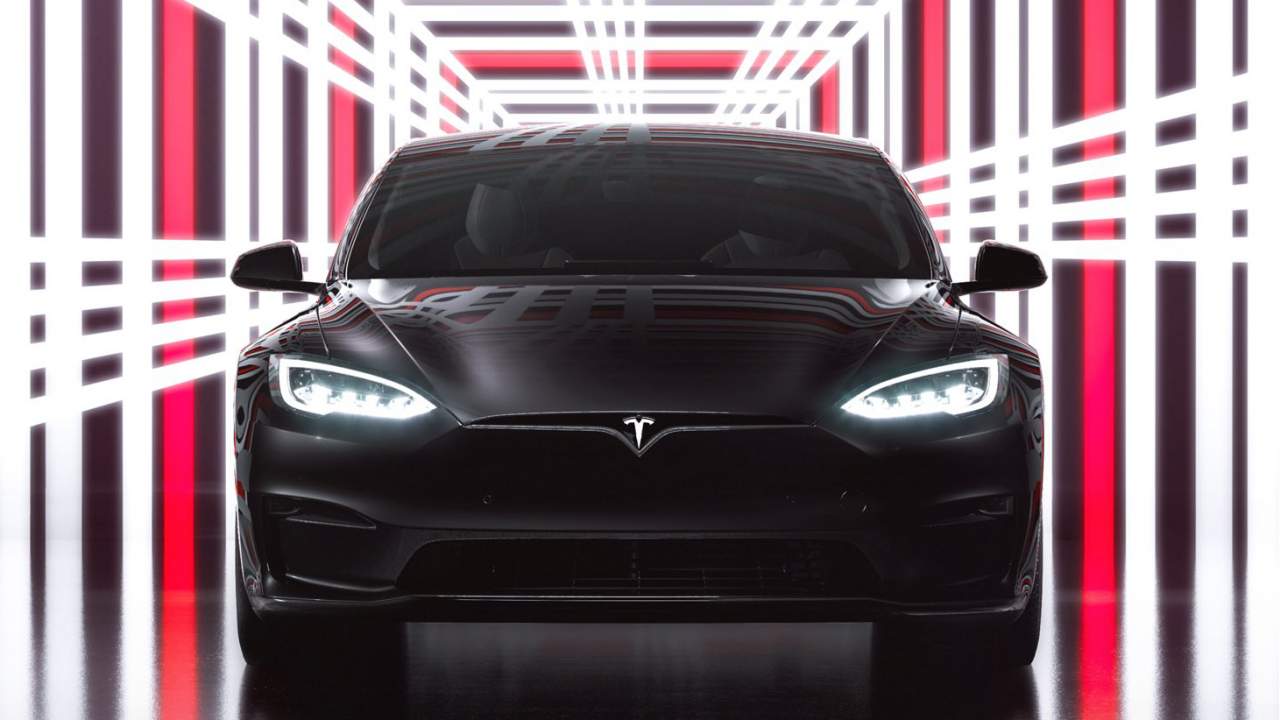 Tesla CEO Elon Musk has officially declared the sales start of the long-awaited Model S Plaid liftback and posted some of its technical specifications.

The electric flagship boasts a record-low drag ratio of 0.208 Cx, down from 0.24 Cx. Having said that, Mercedes has the EQS coming up soon that reportedly features an even lower drag ratio.

Triple electric motors deliver 1,020 PS (1,006 hp / 750 kW) to the axles, taking the liftback 0-97 km/h (0-60 mph) in around 2 seconds – although many reviewers criticize the measurement method used by Tesla. The Plaid spec can launch like this several times in a row and goes for much longer in Track Mode than the standard Model S.

The top speed of 322 km/h (200 miles per hour) is officially stated, but not confirmed by real-life measurements. Tesla claims reaching this kind of acceleration necessitates special tires and wheels that will start shipping later on.

Interior additions include a high-end 22-channel audio system and a state-of-the-art infotainment unit powered by a gaming video card like the one used in the PlayStation 5.