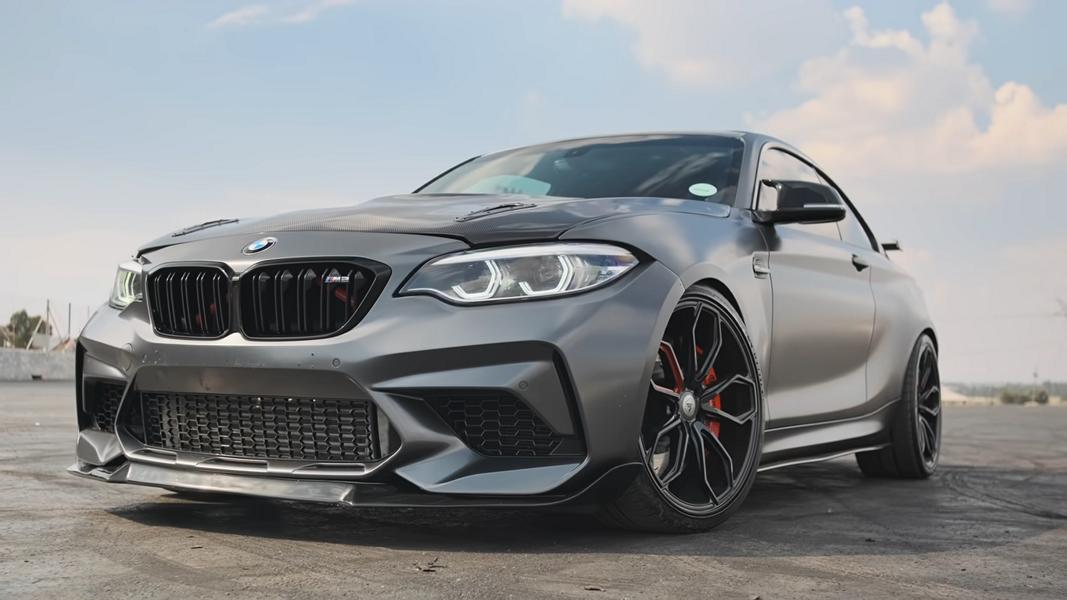 Boosting a BMW 2 Series Coupe to 572 mechanical horsepower is a challenging, but not impossible task. Fitting it with a nitrous-oxide injection system is also possible if racecar-like acceleration is required. But performing all of the above on a DIESEL car? If it weren’t for this video by cars.co.za, we’d think it impossible.

Pictured here is a 220d spec rocking one of the most powerful diesel engines ever made in Bavaria. The massive six-banger uses its triple turbos to slam the transmission with 381 PS (376 hp / 280 kW) and 740 Nm (546 lb-ft) straight from the factory. How can you even begin to modify a monster like this?

Apparently, you can. The tuner adds a custom cooling system, methanol injection, the NOS mentioned above and a plethora of other components. In the end, the ride churns out 580 PS (572 hp / 427 kW) along with more than 1,000 Nm (738 lb-ft) of torque.

Other notable modifications include M2-style fenders and bumpers, a rather pronounced hood, a carbon trunk lid with a spoiler on it, and a cabin with two M3 seats and a roll cage pained red. Watch the video for a closer look at this remarkable one-off.