Alpha Motors showcases a tent concept for its truck 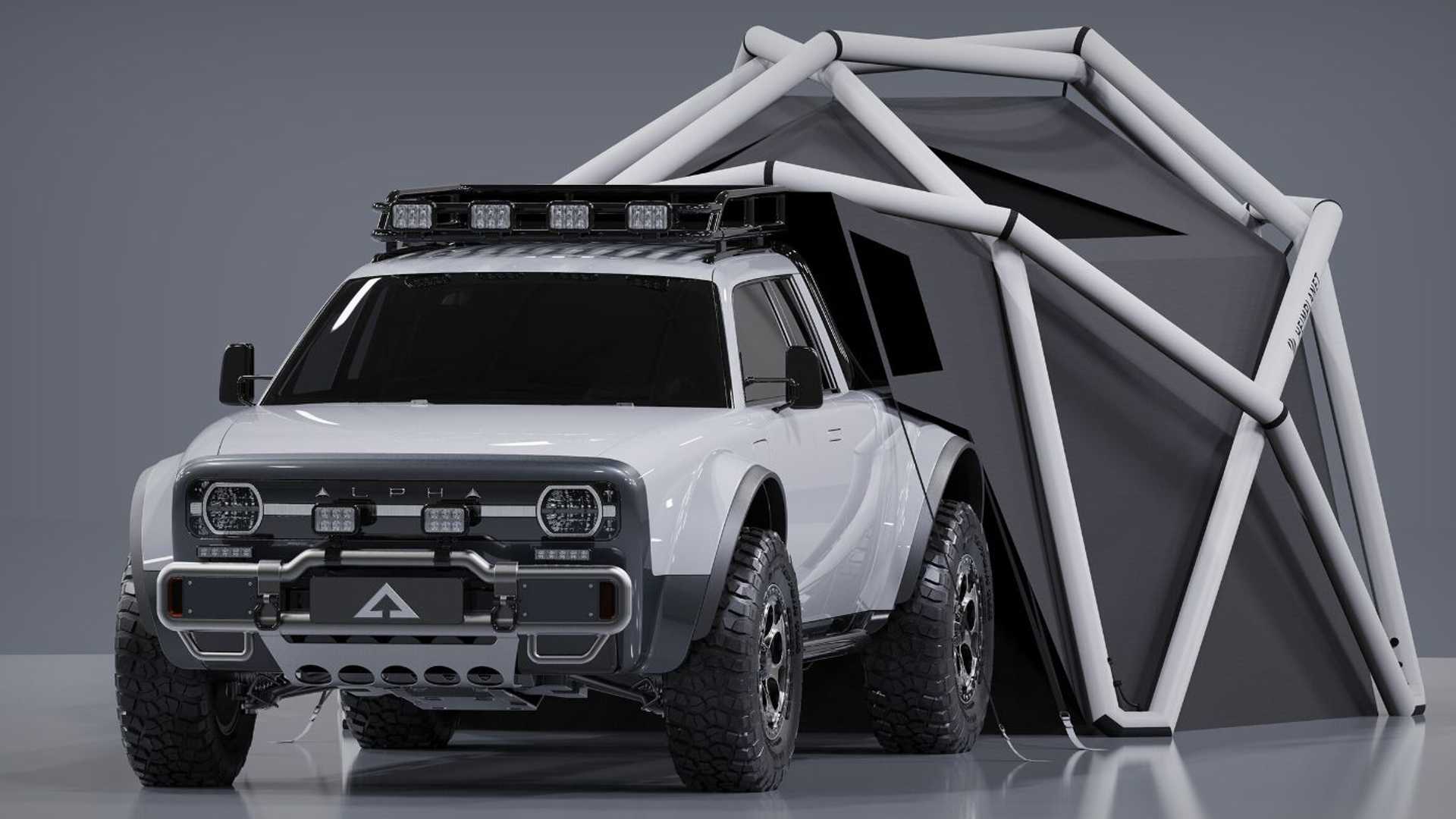 Budding carmaker Alpha Motors has cooperated with German travel equipment marque Heimplanet to design a camping tent for its upcoming electric mini-truck named Wolf. No launch dates or prices have been revealed so far.

As you can see on the promotional photos and the video, the tent boasts a rather sound, robust construction that should enable using it in extreme weather conditions and strong winds. The tent module is attached to the tailgate, forming a single functional unit.

According to Heimplanet, the design team has spent a long time searching for an optimum tent layout that would warrant the maximum stability, reliability and comfort. The final shape was adjusted to fit the dimensions of the truck and given two entrance points for convenience.

Alfa revealed its retro-themed Wolf pickup in March this year and followed up with a stretched variant in April. The former starts from U.S. $36,000, while the latter commands a $4,000 premium.