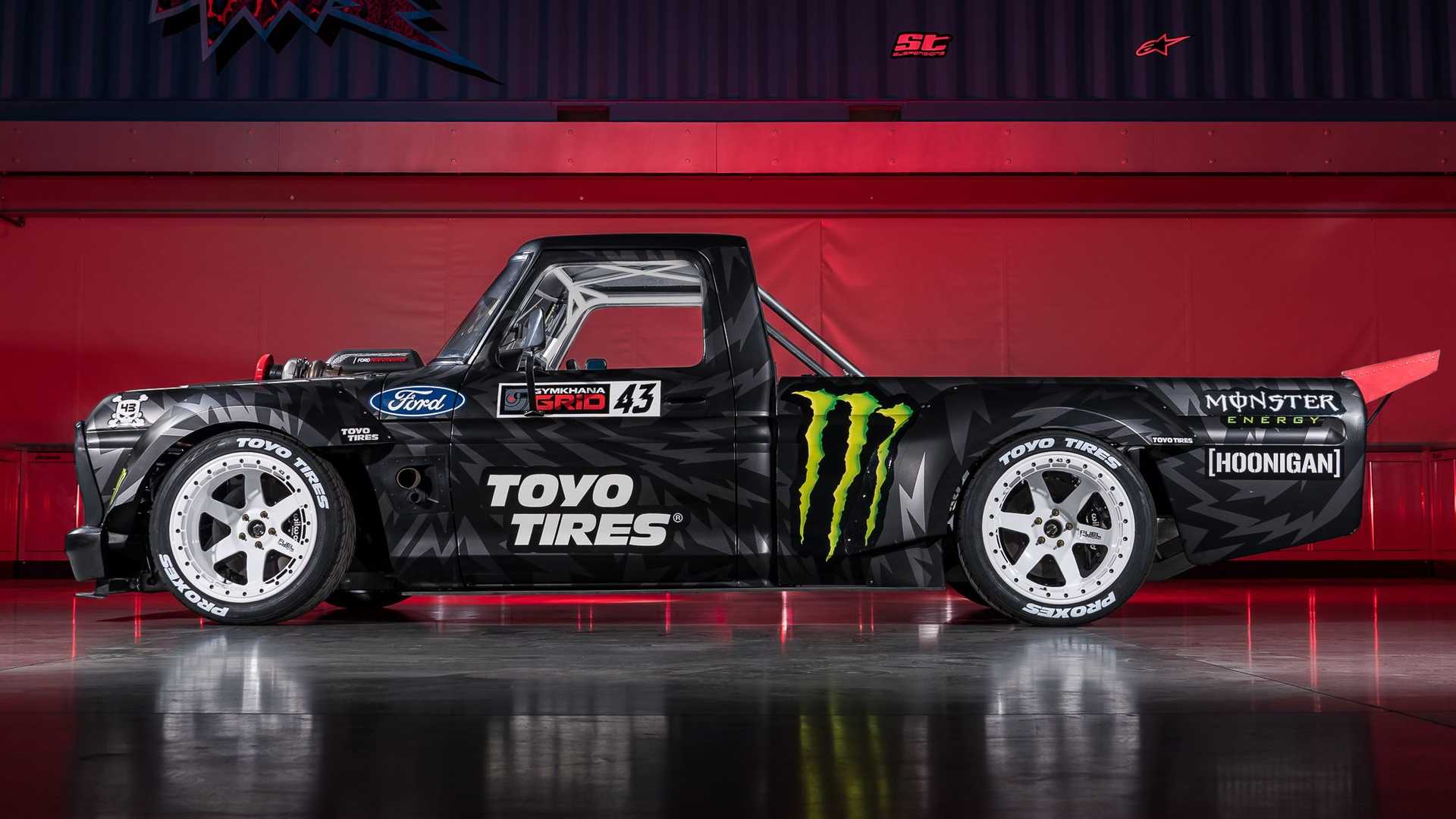 The famous Gymkhana stunt driver surprised his fans and the automotive world at large when he announced the termination of his ten-year-long partnership with Ford in early 2021. Since then, he has already sold a few of his iconic Gymkhana and Rallycross rides, but the Hoonitruck heading to the block now just might be the most desirable and expensive Ford F-150 ever.

The car looks like a 1977 F-150 model, but it actually makes use of an all-new aluminum body built around a tubular frame. Power comes from a 3.5-liter EcoBoost V6 borrowed from a Ford GT Le Mans racer and boosted to 927 PS (914 hp / 682 kW). A six-speed Sadev transmission drives all four wheels.

The asking price is $1,100,000 USD. Included in the lot are spare wheels, body panels, headlights, suspension components, and even a spare engine.