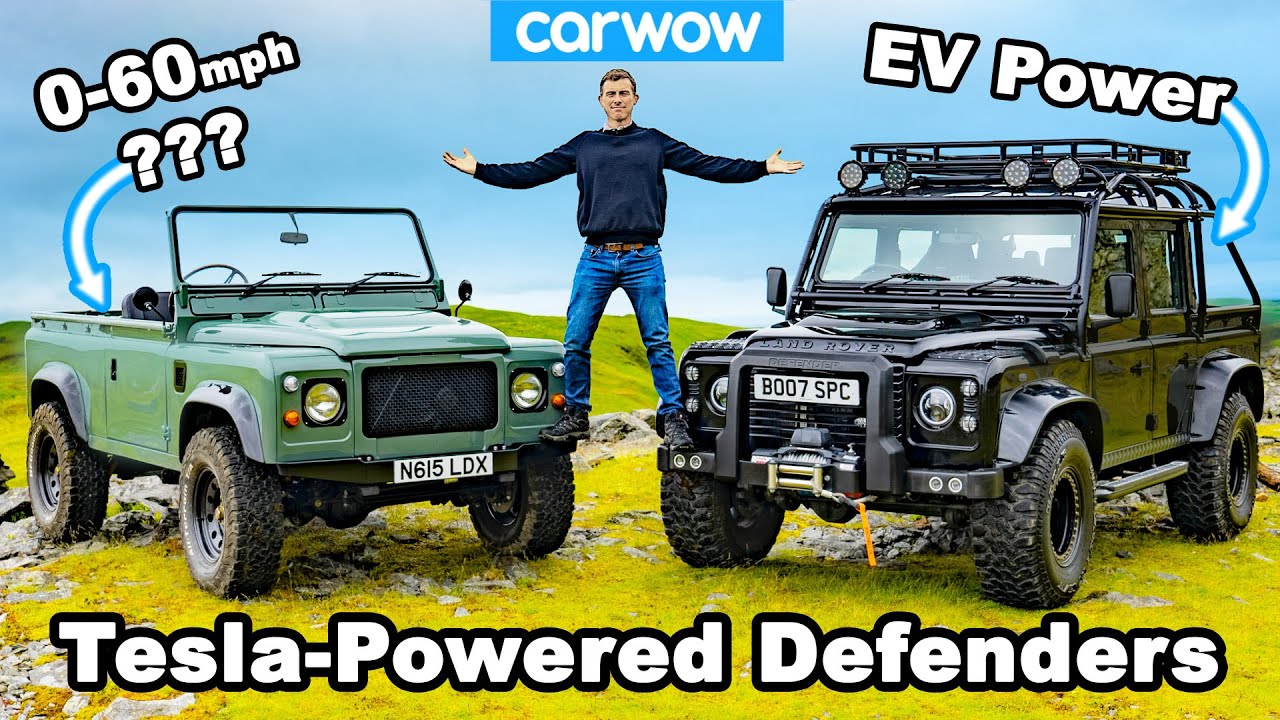 He has tested two battery conversions of classical Land Rover Defenders, both switched to a single electric motor and a Tesla Model S 100D traction battery. The power cells were distributed across the trunk and the hood so that the loadout would be the same as with an ICE engine. Both drive their wheels with 456 PS (450 hp / 336 kW) and 450 Nm (332 lb-ft) of torque.

The larger 2010 Spectre Defender draws inspiration from James Bond movies and features plenty of off-road equipment, such as a winch, a bull bar, flared fenders and a roll cage. The interior offers leather seats for five people, and there is a transmission knob instead of the usual stick. The restomod weighs in at 2.6 metric tons (5,700+ lbs) and starts from £150,000.

The smaller one is a 1996 Defender nicknamed Doris. It lacks many of the tech options of its companion, but makes up for it with sleek looks, aluminum bumpers and complex-shaped headlights. It weighs 2 metric tons (4,400 lbs) and can be ordered from £125,000.

After a thorough test, Watson had to admit that an electric SUV was a much less stressful and more intuitive car to drive across the wilderness thanks to its vast torque potential, instant torque and even speed on bumpy terrain. Wading water is possible with Tesla waterproofing, and you can expect between 240 and 320 km (150 and 200 miles) of off-road range with the abovementioned battery installed.