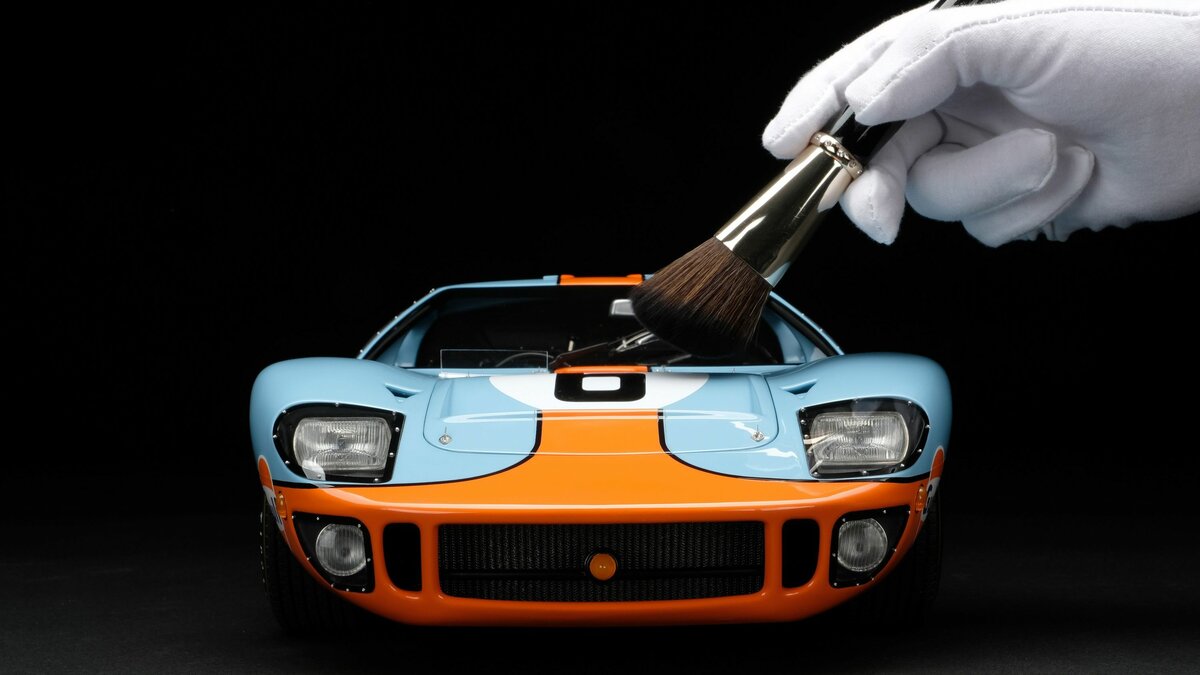 The replica pays homage to the legendary Ford GT40 racer with the chassis number P-1075, which won the 24 Hours of Le Mans in 1968 and 1969. It looks like the final, improved version of the car piloted by Jackie Oliver and Jacky Ickx during the 1969 season (see video).

Amalgam received consultation from Ford and Gulf Oil, the main sponsor of the Le Mans races back in the time. The assembly and painting process takes over 400 hours to complete, hence the end price.

In other news, Amalgam revealed that it teamed up with Ferrari on producing scaled-down replicas of their supercars. Interested buyers should contact Ferrari directly with the name of the model they would like created.