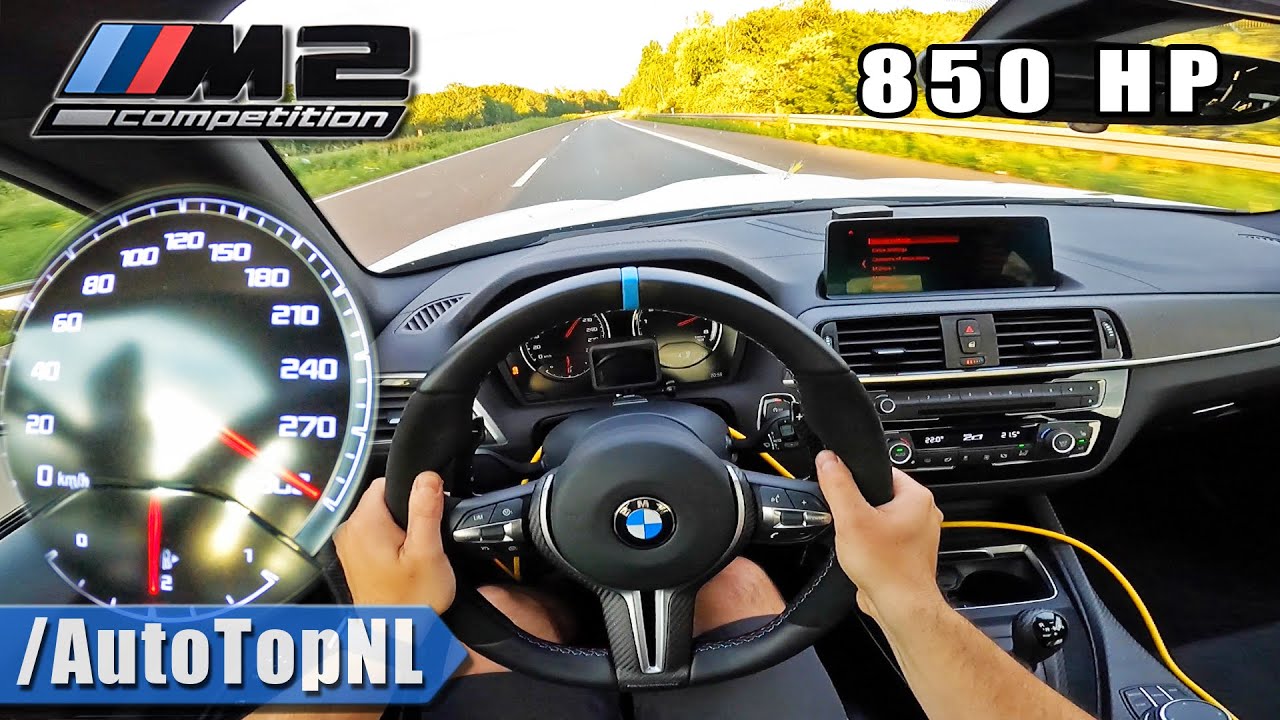 Despite being rather compact, the BMW M2 Competition manages to accommodate a 3.0-liter I6 with dual turbos under the hood, which produces 411 PS (405 hp / 302 kW). This example recently tested by AutoTopNL has been boosted to over twice that amount, though.

The steering looked like it stayed responsive even at the highest accelerations. The automatic transmission also handled its own part of the job well, even though some would rather drive stick and the M2 is still available with the stick. On a less triumphant note, the tuner’s custom suspension setup proved a bit too rough for such driving, even on a polished German Autobahn. We would imagine it being rather torturous on common roads, so a softer version would perhaps be preferable.