Would you rather buy a used Mercedes G-Class or two brand new ones? 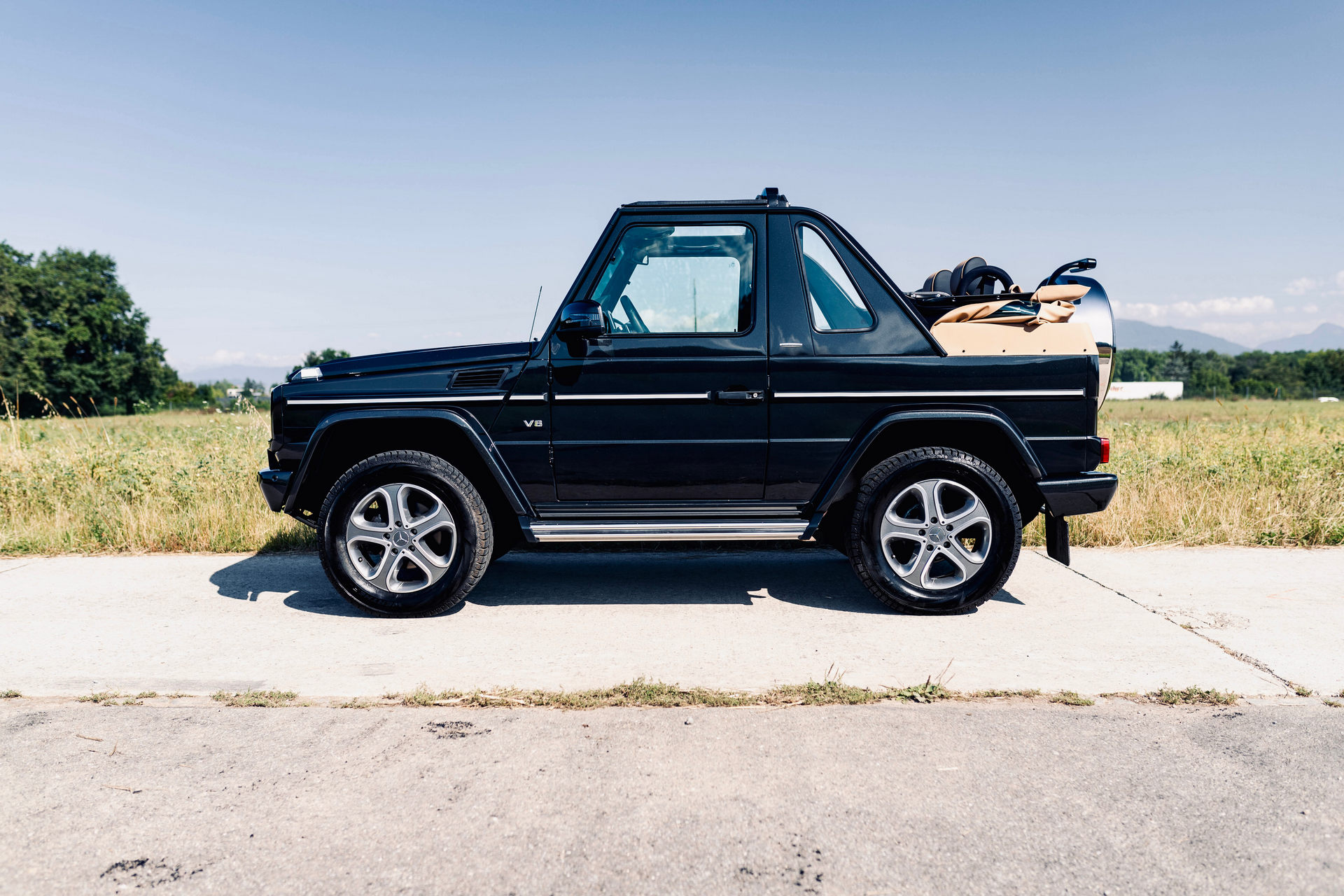 An eight-year-old Mercedes-Benz G 500, one of only 200 Final Edition G-Class convertibles made, will be offered for bidding in Saint Moritz, Switzerland on September 17, 2021. The seller wants to get at least 350,000 Swiss francs out of the deal.

The auction holder claims all 200 units had been pre-sold ahead of the official premiere. This specific example rolled off the factory lines on October 21, 2013. It has a black body with AMG chrome trim, Xenon headlights, Designo bi-color leather inside, and an AMG Performance steering wheel. The mileage is small at just 5,452 km (3,388 miles).

A few other notable rarities will be present at the auction, including Kimi Räikkönen and David Coulthard’s racer, the 2002 MP4 17D, and a Pininfarina sim rig with a giant LED display and 1940s-era coupe styling.