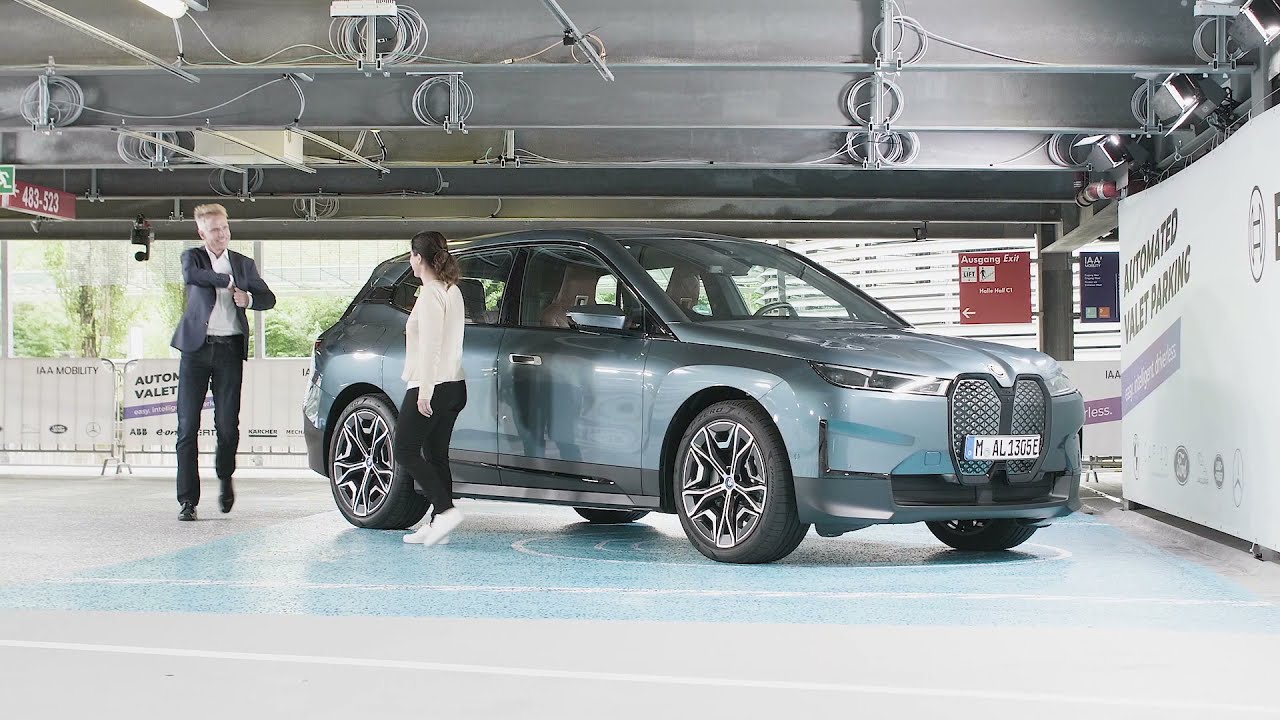 The latest promotional video from BMW shows the semi-autonomous electric SUV, BMW iX, finding a free spot on a parking lot, charging its battery, and driving itself to a carwash.

The video begins with some people arriving at a covered parking lot and leaving their car on a specially designated platform. The ‘driver’ then tells the car what to do next using their mobile app.

The car proceeds to drive itself to a charging terminal where a robot plugs it into the mains. Once fully charged, it goes to a carwash and returns to the designated area on the parking lot. In the end, it shows its remaining battery charge: 64%.

The description of the video states that it was filmed at dedicated testing grounds with plenty of auxiliary infrastructure installed, such as cameras and sensors helping the SUV find its way around. Judging by certain fragments of the video, Bosch supplied most of the devices used.

The BMW iX debuted in early summer and is now officially the Bavarian brand’s technological flagship.