$120k turned an age-old Dodge 30 into a splendid restomod 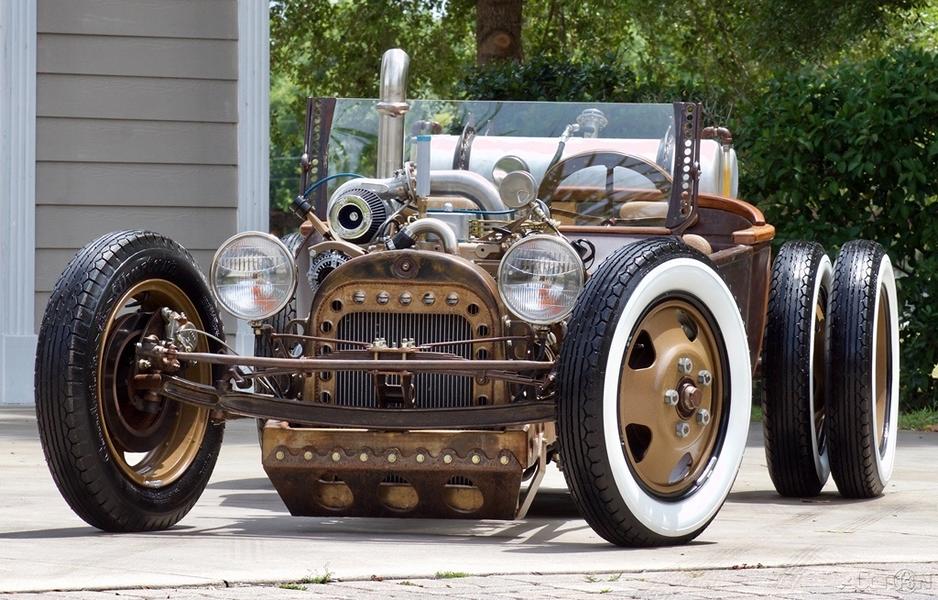 The person who ordered this 1918 Dodge 30 restomod wanted it with a modern luxury trim and a powerful diesel engine, and this is how it turned out.

VICE Unlimited Design, from North Carolina, handled the bodywork. The metallic parts and exterior panels were given some patina treatment, while the cabin was treated to red oak wood and brown ostrich leather. This alone necessitated an investment of over $96,000 USD. A Ford F-series rear axle was installed, and suspension was overhauled at all four corners using modern air-ride components alongside leaf springs.

Airbags? Roll cages? Driving assists? Forget it. The only safety measure the collector’s rarity has on board is its robust rotor brakes. They are all but essential given the turbocharged 5.9-liter Cummins diesel sitting exposed at the front end. We don’t know how much power the mill produces, but it’s a RWD car, and a dangerous one at that. Then again, it is obviously a show queen, rather than a daily driver.

As it often happens with such projects, a time comes eventually when the owner feels ready to part with their ride. They then proceed to realize that no one is willing to cover the sheer amount of money invested in the one-off project. This Dodge 30 is no exception: it is on sale in the United States now with a sticker reading $60,000.