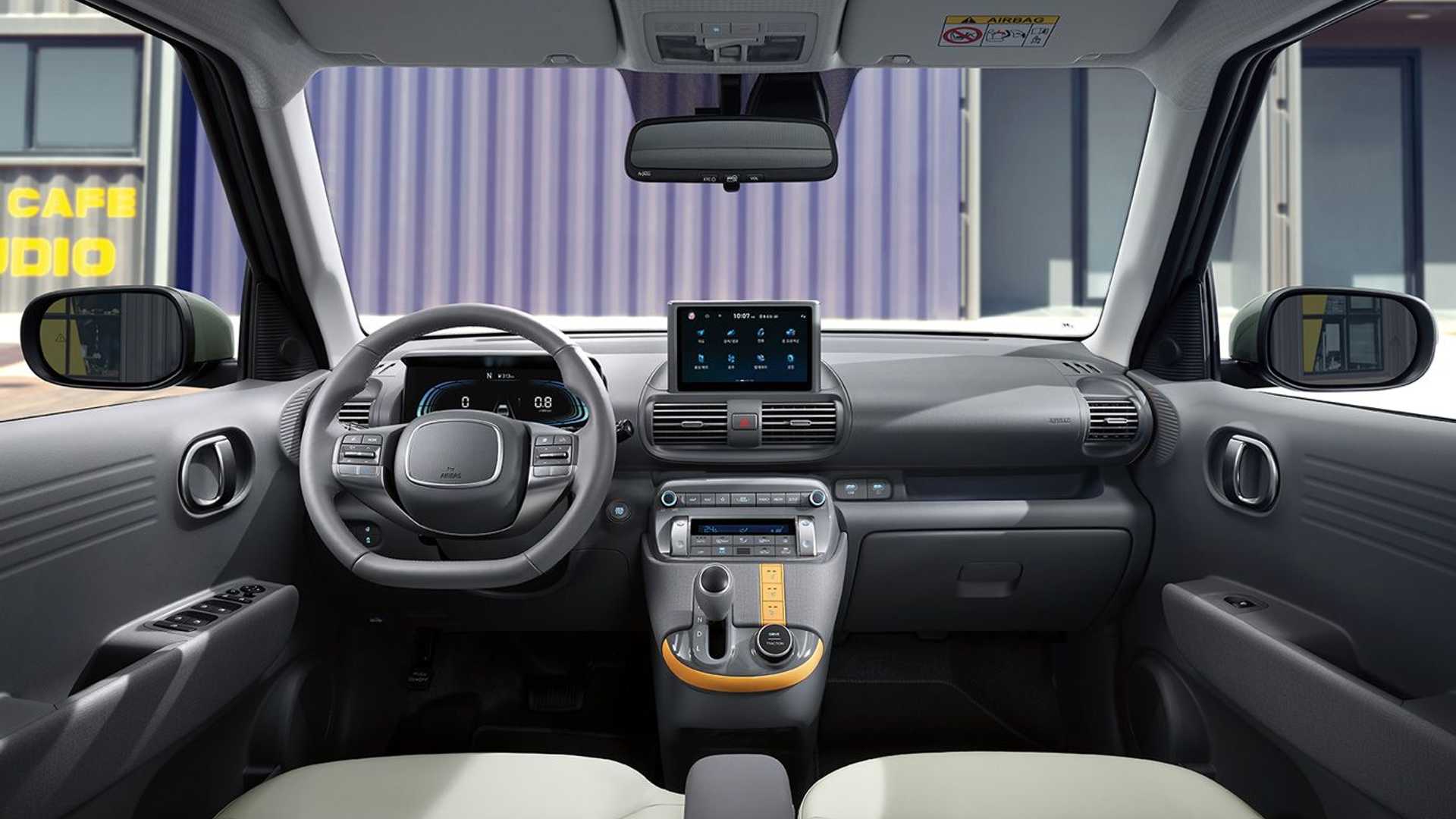 Hyundai introduced the subcompact C-SUV Casper a couple of weeks ago, but never showed its interior – until now.

The affordable soft-roader comes based on the i10 hatchback platform and is 3.6 meters (140.6 inches) long. In its most basic guise, it is a four-seater with a 4.2-inch display, an AC, and a two-speaker audio system. Higher trims add adaptive cruise control, a fully featured infotainment system with an 8-inch display, an engine start/stop button, and a sunroof.

The Casper is already available to pre-order in South Korea with either a naturally aspirated engine rated at 76 PS (75 hp / 56 kW) or a turbocharged one capable of 100 PS (99 hp / 74 kW). The drive stays on the front axle, and the transmission is four-speed automatic. A version for Europe will be released later.