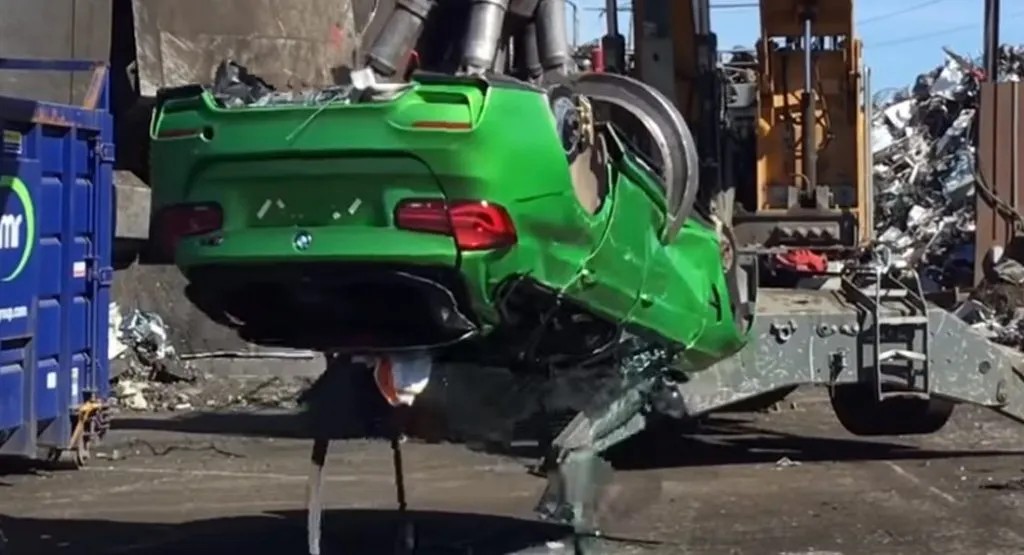 BMW never offered the F80-generation M30 as a Touring car (station wagon), but an enthusiast in the UK built his own from multiple other BMWs. The craftsmanship was so fine, the police didn’t even immediately realize what was terribly wrong with it.

When a police officer pulled this self-made BMW M3 Touring to the curb, they suddenly found that its license plate belonged to a diesel-powered, non-M BMW 3 Series. The car was expropriated for an expertise, which concluded that it was made up from bits and pieces of at least four (!) other BMW 3 Series, including two M3 models confirmed to be stolen.

According to the police captain commenting the case, the sedan-to-touring transformation was very professionally executed on the outside. Under the finish, however, the expert team found tag-welded parts that presented a major security risk for everyone on the road. The thieves did a solid job erasing serial numbers and stickers, but most parts were still identified in the end as belonging to stolen vehicles.

In the attached video, there is a short overview of the nice bright-green M3 Touring before it gets turned into a pile of scrap metal.