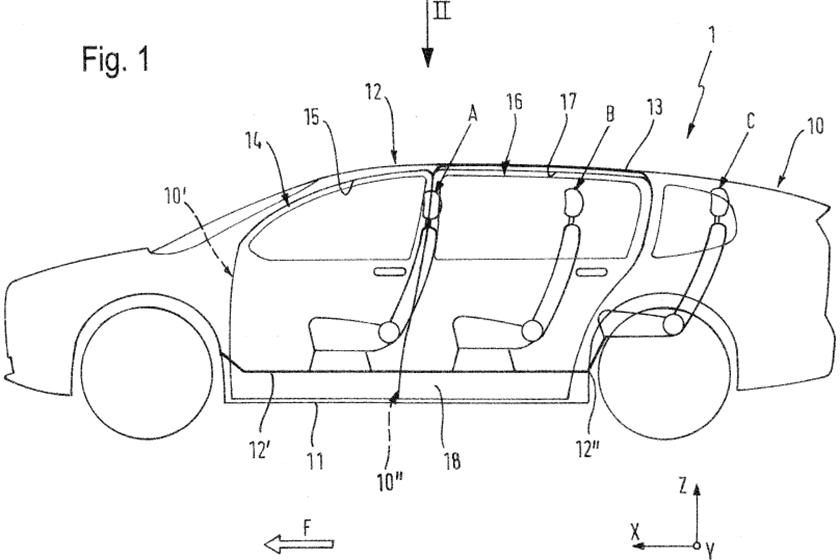 The German automaker has patented blueprints of an unconventional car door design that comprises two parts. One of the parts swings open and the other one lifts up.

The images depict what appears to be a crossover SUV. The side projection is quite normal-looking, with a traditional hinged door opening to provide access to the second seat row. However, the top-down view reveals that a portion of the roof above the rear seats is also mechanical and can be raised.

It is not clear from the images alone whether the top part rises automatically whenever someone swings open the door or needs to be lifted manually. Either way, it could be useful for taller passengers who feel that the ceiling makes getting in and out of the car unnecessarily complicated. While shown on an SUV, the feature may be even more useful in light passenger cars with a lower roofline.

Whether BMW intends to implement the new door design in production cars remains to be seen. Car manufacturers often patent various inventions without any specific intent, merely reserving them for possible future use. Thinking of unconventional door designs, the BMW i8 Hybrid is the only Bavarian car that comes to mind (watch the video if you need a reminder).