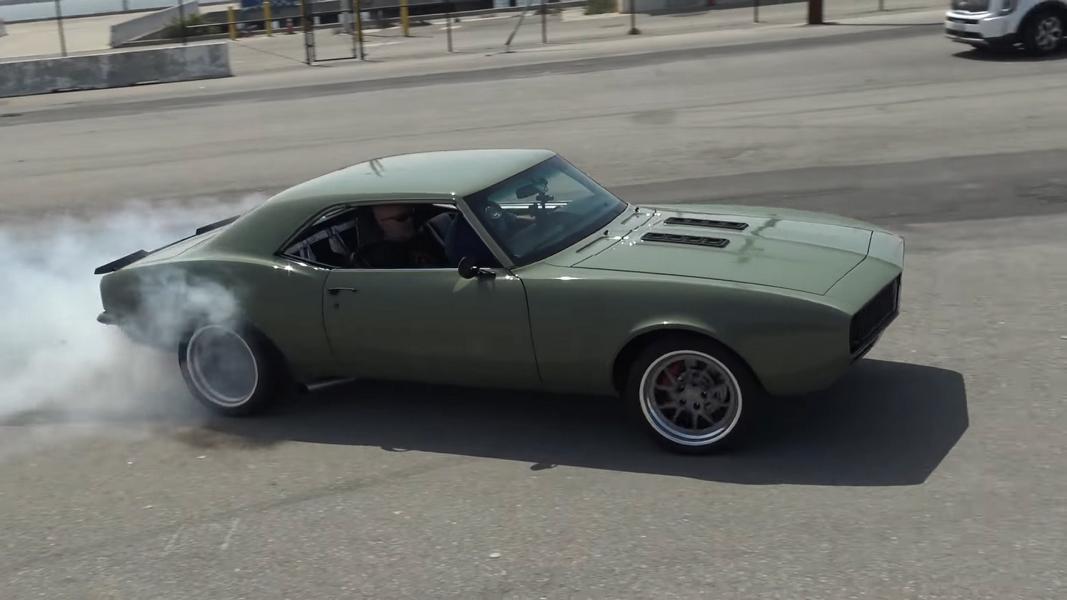 Tuner Dave acquired a 1968 Chevrolet Camaro SS and made an exemplary restomod out of it that strives to combine track performance with everyday comforts. Let’s take a closer look.

The retro sports car received an engine swap and now rocks an LS3 V8, a very common choice in the tuning world. What makes this particular build unique, however, is the use of a special centrifugal supercharger. Compared to the conventional supercharger design, the one implemented here has much higher fuel efficiency and generates more power at the same RPM counts. Unfortunately, we do not know how many horses make it to the rear wheels.

The exterior of the car is respectably clean and finished in Olive Green. The suspension has a multi-link per-wheel design with air cushions and Shockwave dampers. Wilwood brakes ensure adequate deceleration, and 18-inch Forgeline wheels fill out the arches shod in Yokohama tires.

A few surprises await the viewer in the cabin, specifically TMI seats, a six-spoke (!) steering wheel, and a transmission selector stylized after a jet thrust controller. The transmission itself is four-speed automatic, which once again isn’t common in modern motorsports. Still, as long as Dave feels these are right for his project, we cannot argue.