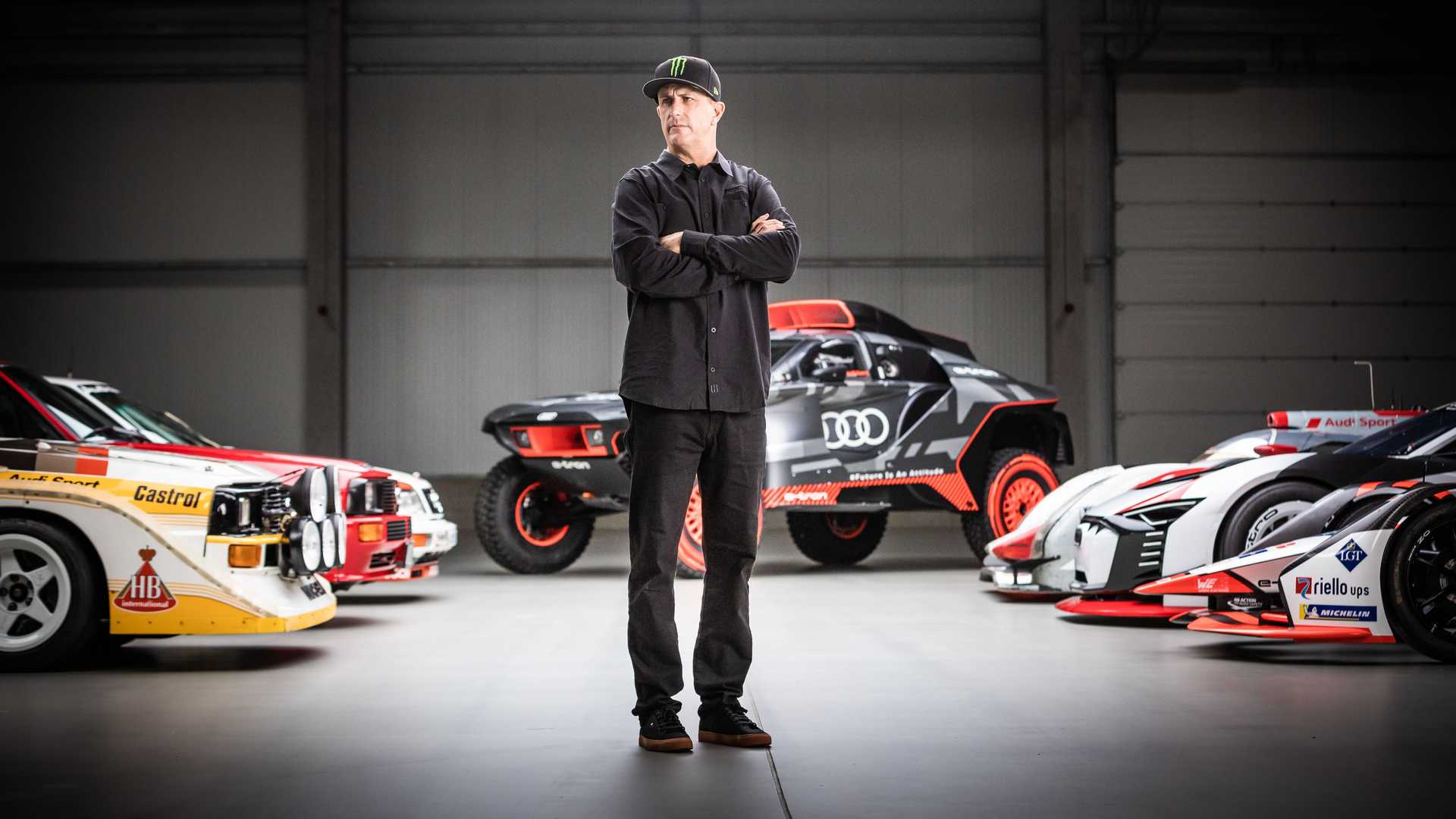 Ken Block was the face of the Gymkhana show since its launch, so no one knew where fate would take him next when he announced a breakup with Ford in early 2021. A couple weeks ago, the stunt driver announced a partnership with Audi, and today, we have finally learned some of the details.

According to an official announcement, Ken Block will make its comeback to the Gymkhana show format. More specifically, he will drive a specially prepared Audi E-Tron in a new section of the show named ‘Electrikhana’. Apparently, stunts and battery cars do go along, after all.

After signing up with the Four Rings, Block was admitted to a series of test drives of both classic and modern Audi vehicles. He first piloted an RS E-Tron GT and then a 1984 Sport Quattro.

The first Electrikhana episode will air in 2022.