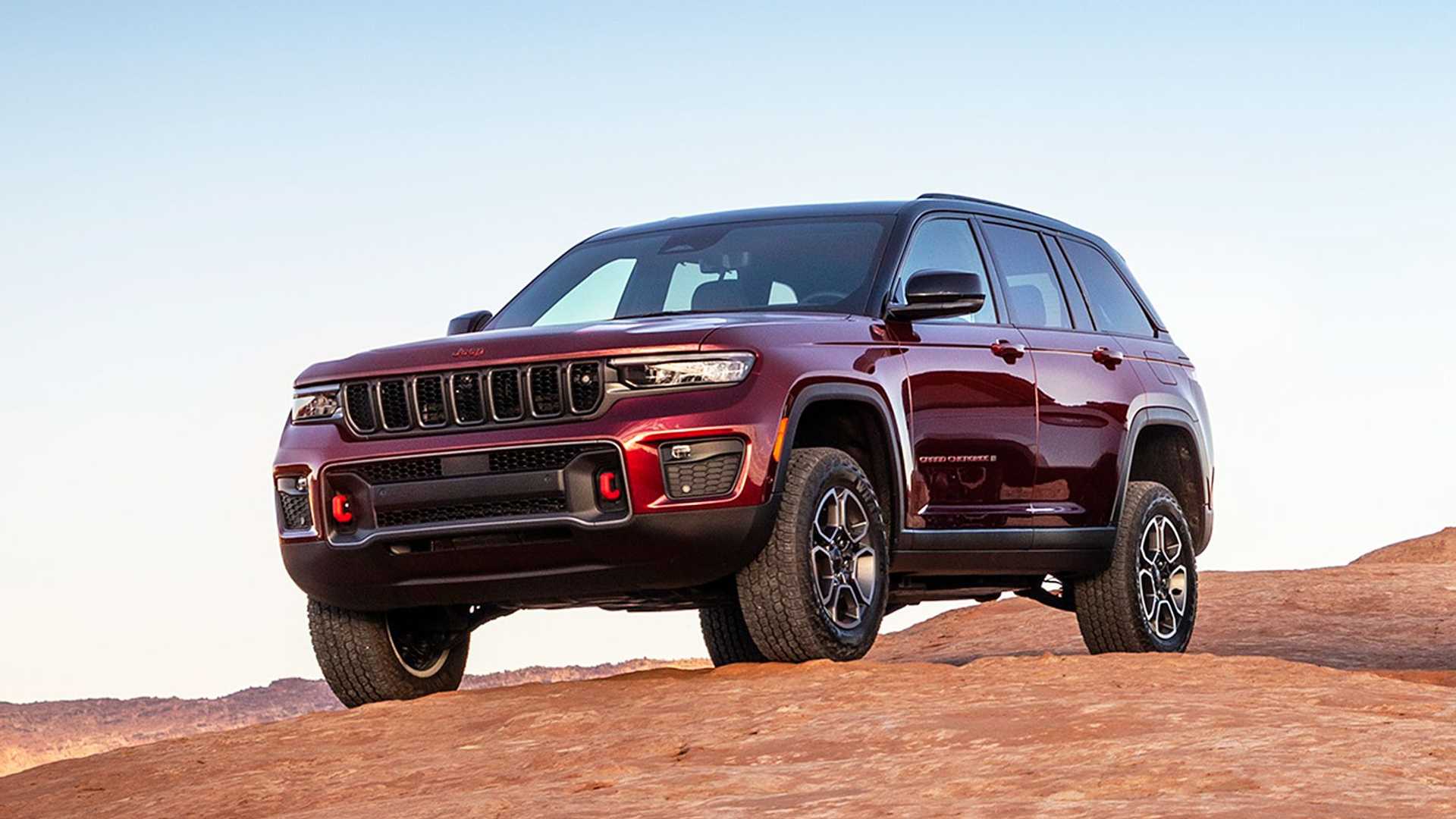 The seven-seat variant of the Jeep Grand Cherokee went into next generation at the beginning of 2021, and the two-row version has only followed it now.

Rather than using the Mercedes-Benz ML architecture, the newcomer utilizes the Giorgio underpinnings designed by Alfa Romeo. It is also available in a part-electric variant named the 4xe, which is identical to the Wrangler 4xe in terms of output. Specifically, dual electric motors and a petrol engine join efforts for 381 PS (376 hp / 280 kW) and 637 Nm (470 lb-ft) of torque. A 17-kWh battery grants up to 40 kilometers (25 miles) of electric range.

Another addition to the family is called Trackhawk and targets serious off-road enthusiasts. It features air suspension by default with up to 287 mm (11.2 inches) of ground clearance, as well as a Quadra-Drive II AWD system complete with multiple differentials. It wears off-road tires and underbody protection, has towing eyes, and offers drive mode presets for snow, sand, dirt and even racetrack.

The cabin houses three displays at the front (dash screen, front passenger’s screen and infotainment in the middle) and two in the back (infotainment with support for video, games, music and applications). A wide array of safety assists is included, encompassing parking sensors, ACC, AEB, blind spot monitoring, lane control, pedestrian detection, and more.

Sales in the United States will start before the end of the year.