Volkswagen imagines the ID Buzz as a self-driving ambulance 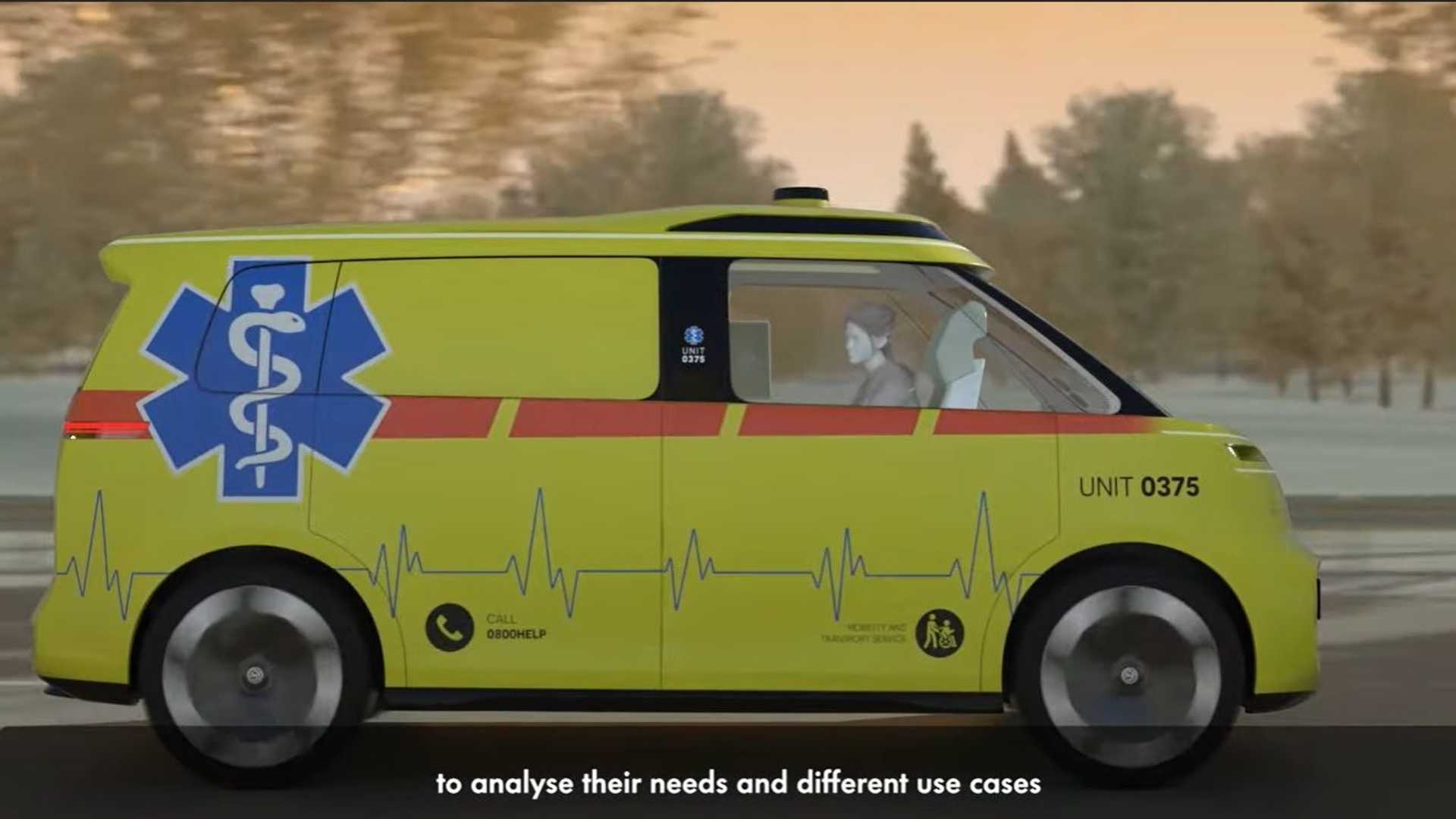 Volkswagen is working on bringing the ID Buzz Concept into production next year, and the all-electric van will arrive in a number of versions, apparently including a self-driving ambulance.

During the ITS International Congress, the company unveiled an ambulance car concept based on the ID Buzz. The photos clearly show an empty driver’s seat turned around to face the rest of the cabin.

No technical details were provided, but a video enclosed here sheds some light on the principal feature of the autonomous first aid vehicle, along with some other concepts. These include a self-driving taxi, a delivery van, and a mobile office.

The German automaker emphasizes that recycled materials are used in all proposed trims.