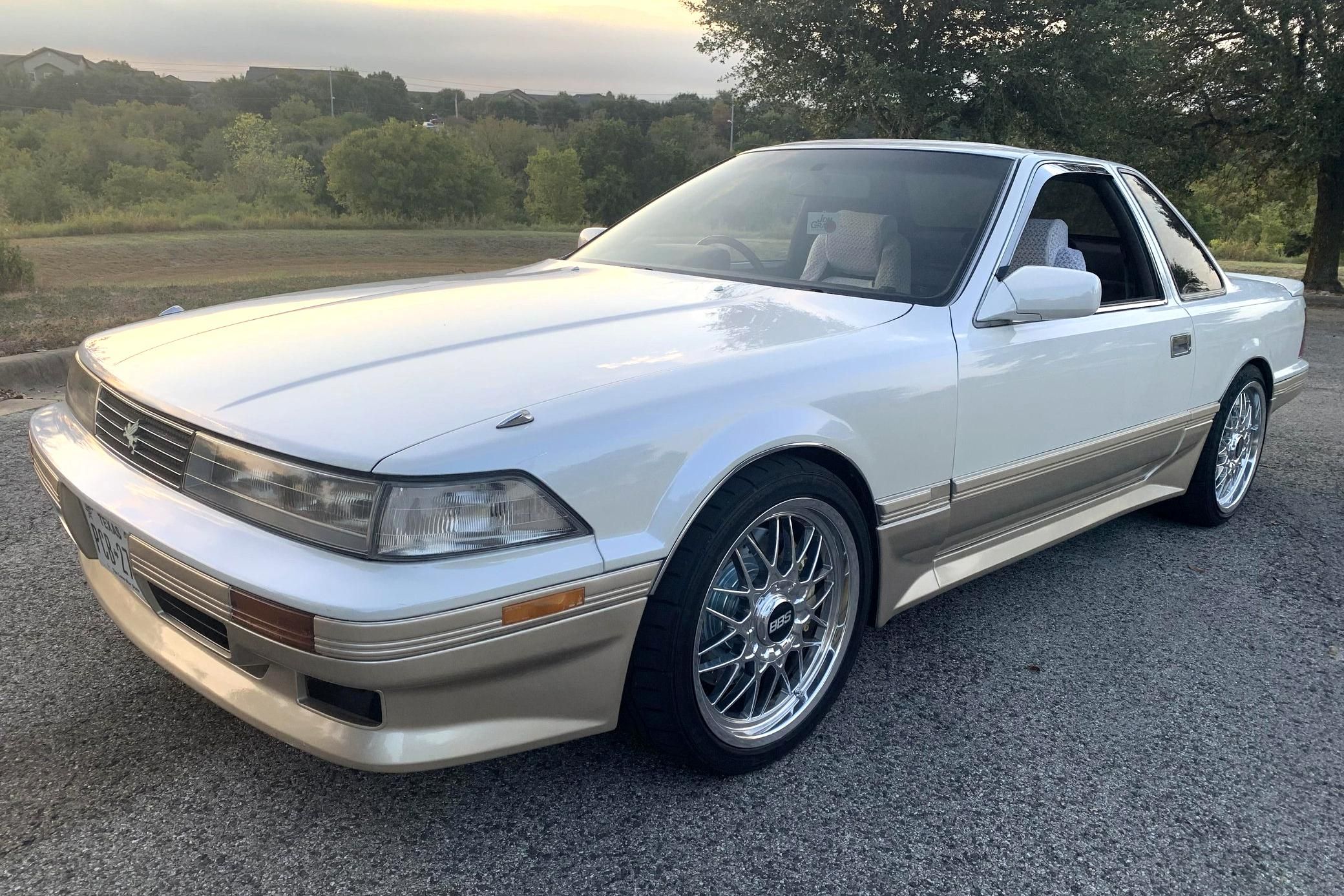 Toyota had only produced its Soarer Aerocabin convertible for a few months in 1989, and now, a restored example has popped up on sale in the USA.

The power-assisted hardtop consists of an upper and a rear panel, both of which retract to the trunk at a push of a button. The rear side glass and the brace between them remain in place. A peek inside reveals an LCD dash display, a CD changer, and an audio system with an amp.

Only 500 top-sped Soarer Aerocabins rolled off the line, each equipped with Toyota’s strongest engine model at the time. The three-liter inline-six turbo originally churned out 240 PS (237 hp / 176 kW), but this car received an aftermarket intercooler, new exhaust components, and an upgraded air intake system. A four-speed automatic transmission carries the power to the wheels, although no specific number is given in the lot description.

Elsewhere, the restomod sports 18-inch BBS wheels, coilovers, strut braces, and Brembo brakes borrowed from two cars at once – Mercedes-Benz S500 for the front axle and Mitsubishi Lancer Evolution IV for the rear one.