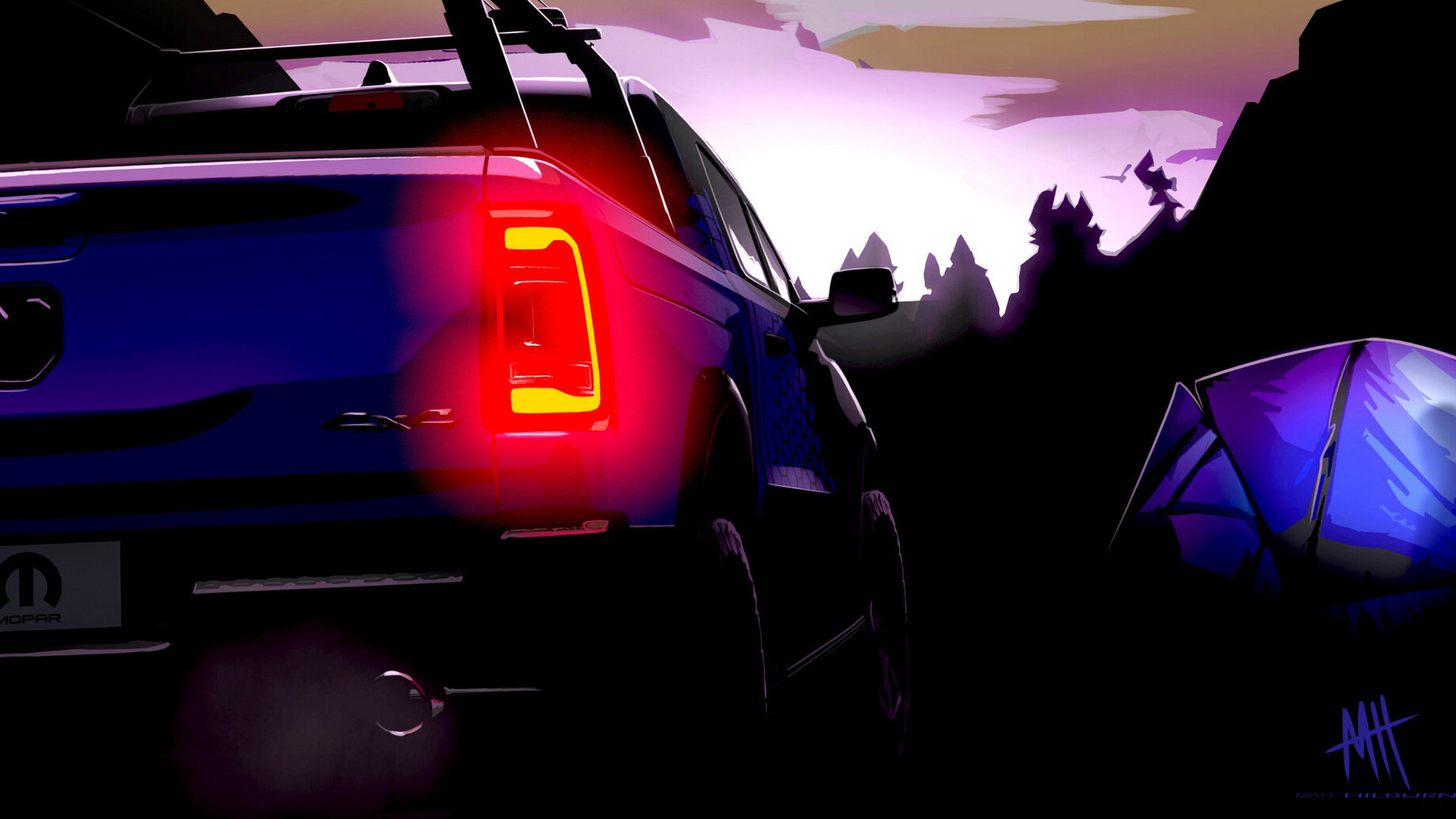 Stellantis Group has published five images of cars that its in-house tuning shop, Mopar, will be bringing to the SEMA show in November. Depicted are three Jeep and two Ram vehicles tuned for different driving conditions; at least two are hybrids, and one harkens back to Jeep’s military past.

Based on the pics, one can conclude than the hybrids are a Jeep Wrangler and a modified Ram truck. The SUV is shown with a letter ‘E’ surrounded by aurora borealis – a pretty transparent hint at electrification. The truck can be seen driven on sand with no letter ‘E’ in sight, but its grille lettering and towing eye are finished in blue, which is also a dead giveaway.

Another Ram 1500 is shown parked in a forest next to a camping tent, suggesting wilderness-friendly options and accessories. The third one seems to be an old military-spec Jeep Gladiator, so an army-inspired Gladiator special edition is likely to debut as well.

The final teaser reveals a Wrangler cabin with added windowlets at the front end and an unusually tall roof. It could also be a new premium modification for those whose journeys take them far and wide.