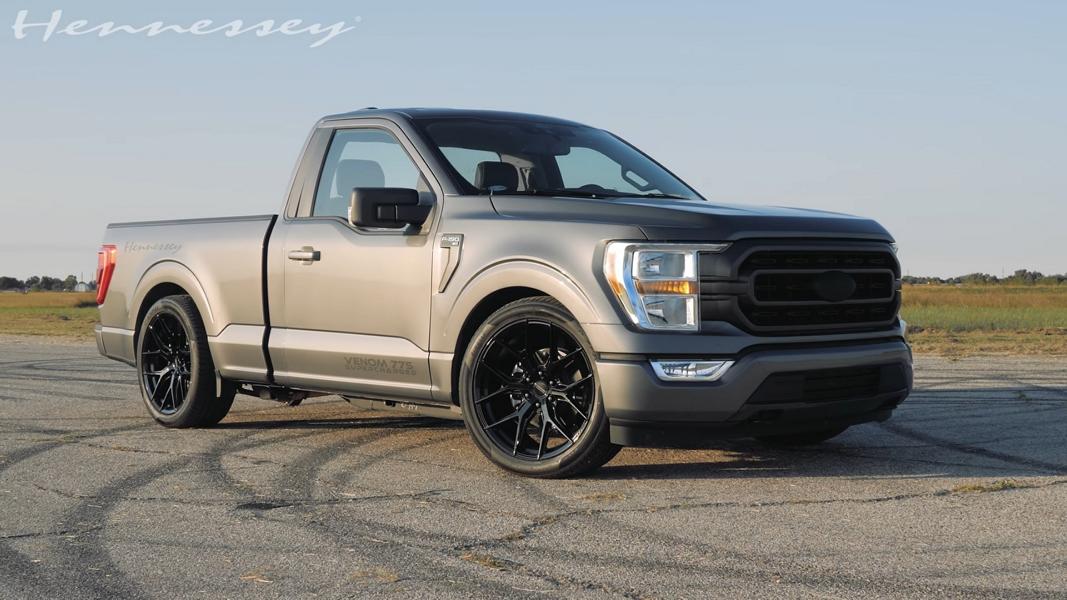 It has been a while since Hennessey Performance started accepting pre-orders for the 2021 Ford F-150 “Venom 775” package, and now, the company clearly demonstrated that the truck could be a great city driver.

Earlier photos suggested it was an upgrade more focused on off-road performance, but it turns out that Hennessey will build whichever version you prefer. The so-called Sport Kit shown here includes lower and stiffer suspension springs, as well as aluminum wheels wrapped in low-profile tires. Outfitted like this, calling it ‘sporty’ would not be an exaggeration.

As for the five-liter V8, it gets the same treatment as announced earlier: 400 horsepower become 775, lending it quite a bit of track potential. In fact, watch the attached video where it goes up against the mighty Ford Mustang Shelby GT500.