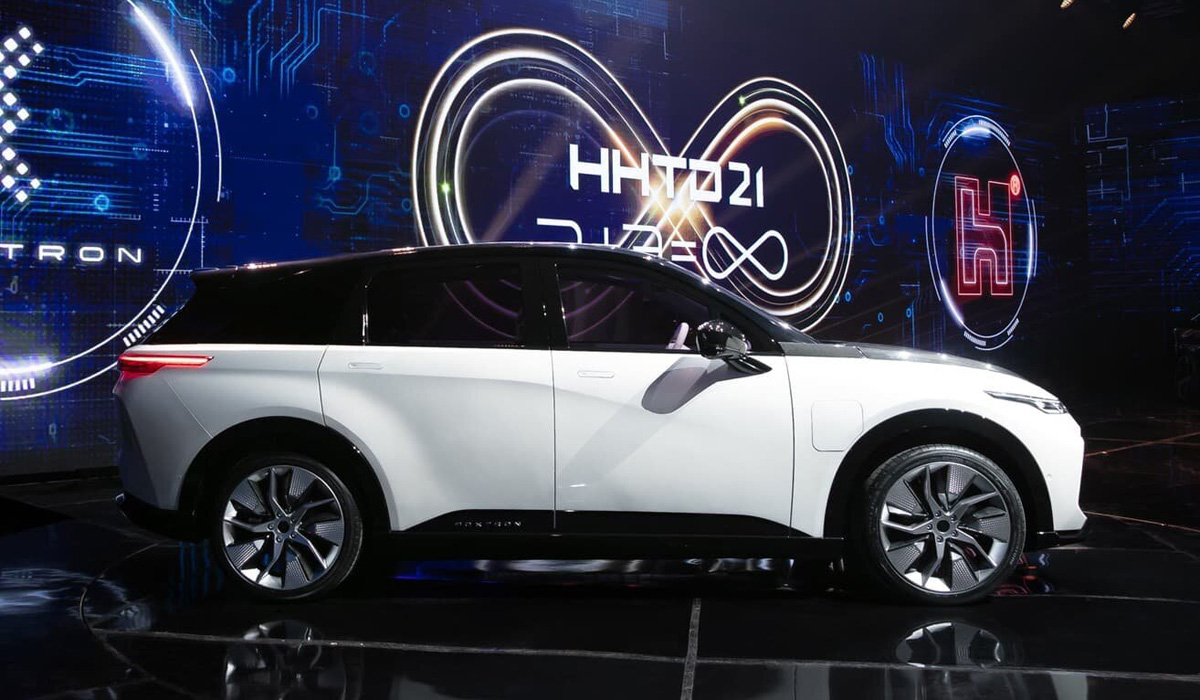 Taiwan-based tech company Foxconn, the manufacturer of the Apple iPhone, has unveiled a trio of its own electric cars: a sedan, an SUV and a bus. Their naming follows a trend set by Tesla and may upset Ford; read on for details.

The concepts are named Model E, Model C and Model T, respectively. Ford used the latter two names many decades ago for some of its first production cars. The third one is even more controversial, because the American company re-registered ‘Model T’ to use it for its upcoming range of all-electric cars not long ago. In doing so, it essentially prevented Tesla from using the same model name. None of the companies has commented on the naming yet.

All three EVs will eventually reach the mass market under "Foxtron" branding. The Model C (crossover) will be 4.64 meters long with 2.86 meters of wheelbase, and will ship in five- and seven-seat variants. Its low drag ratio of 0.27 Cx and large batteries should endow it with up to 700 km (435 miles) of electric range, as well as the ability to sprint 0-100 km/h (0-62 mph) in under four seconds. Power output remains undisclosed.

The Model E sedan will boast an exterior design by Pininfarina and a powertrain capable of 750 PS (740 hp / 552 kW). It will zap from standstill to 100 km/h in 2.8 seconds and cover up to 750 km (466 miles) on a single charge. Kilowatt-hour ratings and the range measurement standards used remain unannounced, though.