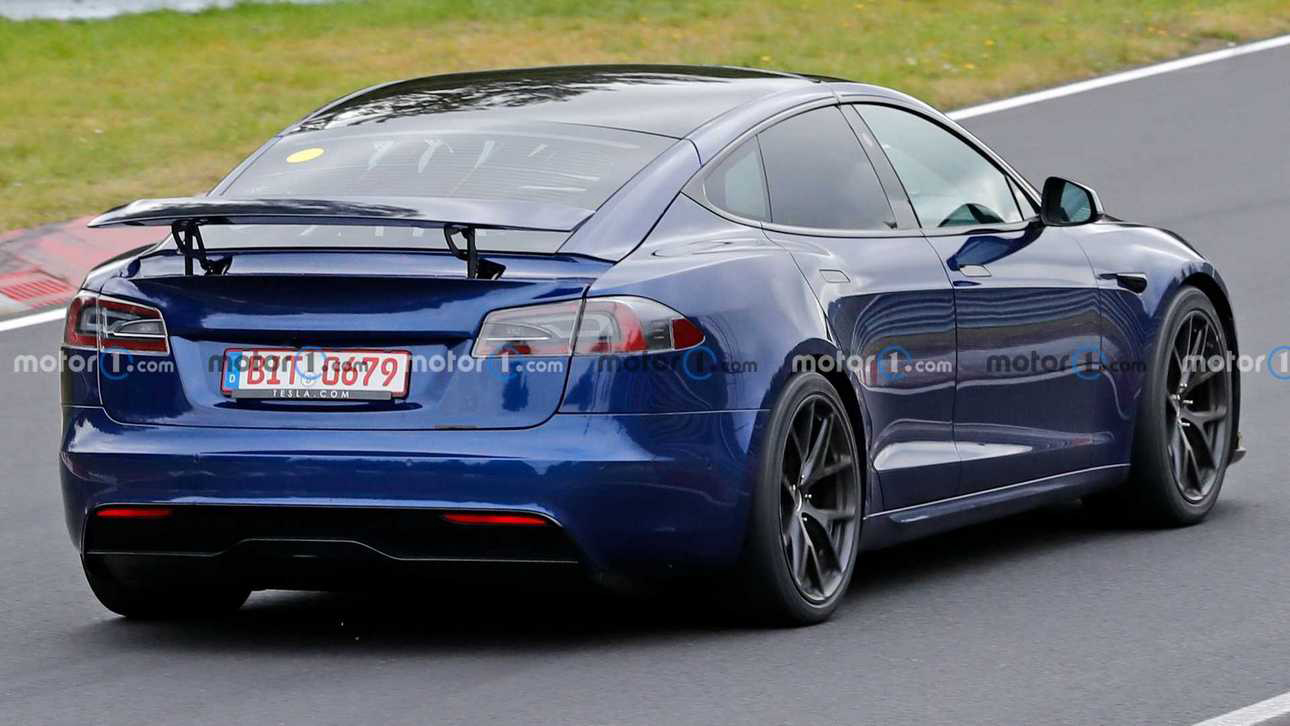 A hardcore Model S prototype with a large active rear wing was spotted on the North Loop yesterday, spawning numerous rumors that Elon Musk might want to put the Plaid+ concept into production after all.

The Tesla CEO once wanted to offer the Model S Plaid in a Plus version with unparalleled electric range. However, he eventually ditched the idea, claiming that the regular Plaid version was good enough as is. Now that a mysterious new Model S hit the Nürburgring track dressed out in an aggressive body kit, we have our doubts regarding that last claim.

Witnesses have reported seeing ceramic brakes and reduced ride height on the prototype. This means that Tesla might be getting a track-focused Model S flagship ready to rumble – or, rather, to whirr silently. Perhaps the automaker aspires to set a North Loop record with this version, like it once wanted to do with the standard Plaid.