Lexus and Marvel team up to design 10 ‘Eternals’ show cars 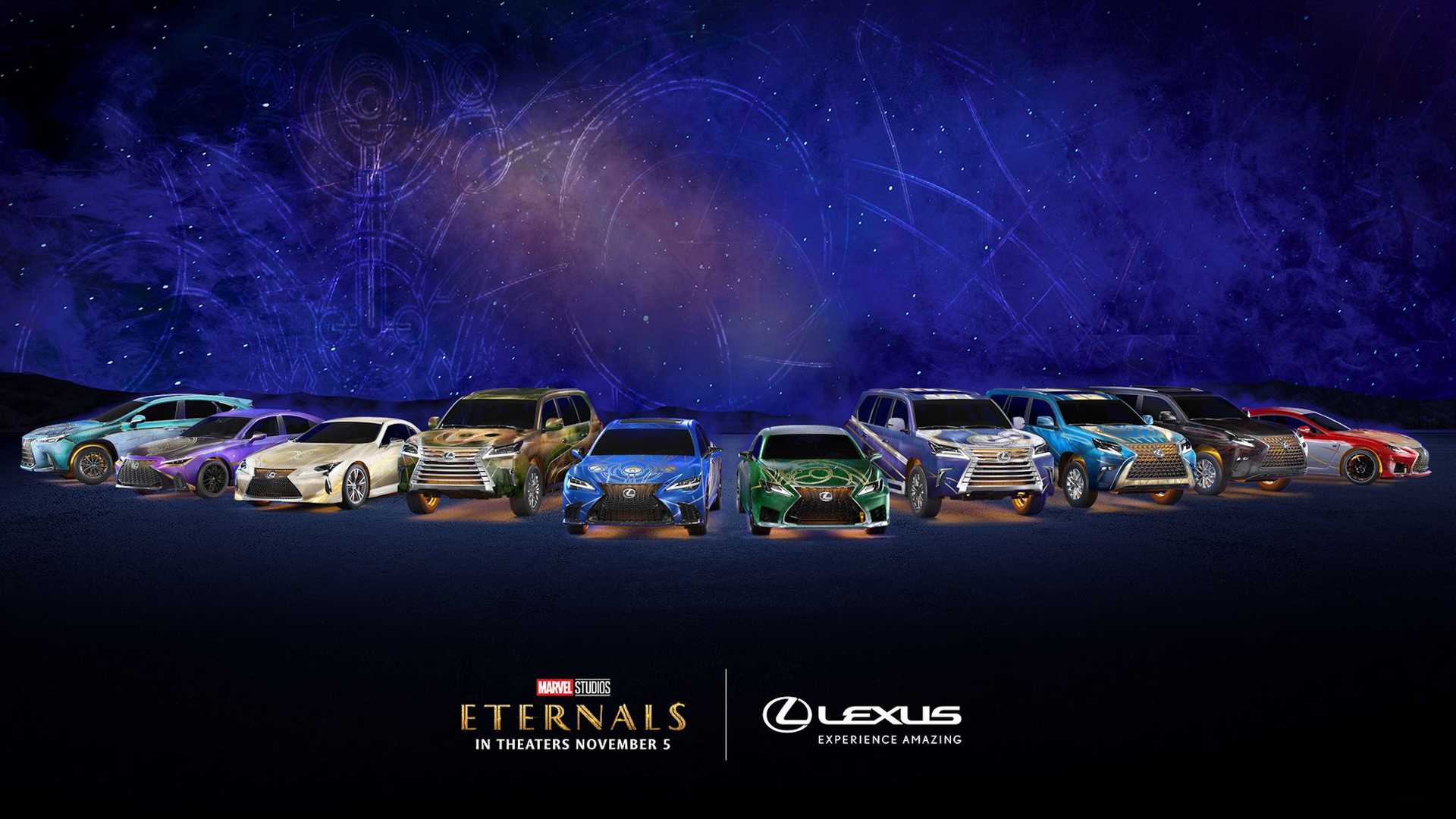 Marvel has hired Japanese automaker Lexus to wrap ten cars in special liveries inspired by the superheroes from its new movie, Eternals.

Each wrap corresponds to the color scheme of a character from the movie and reflects their ultimate power, too. All 10 exude a faint golden glow from their radiator grilles and bottoms, endowing them with a mystic aura.

Some of these concept cars will later participate in various events, including shows and movie awards.