Mercedes-AMG allows another sneak peek at the next-gen SL 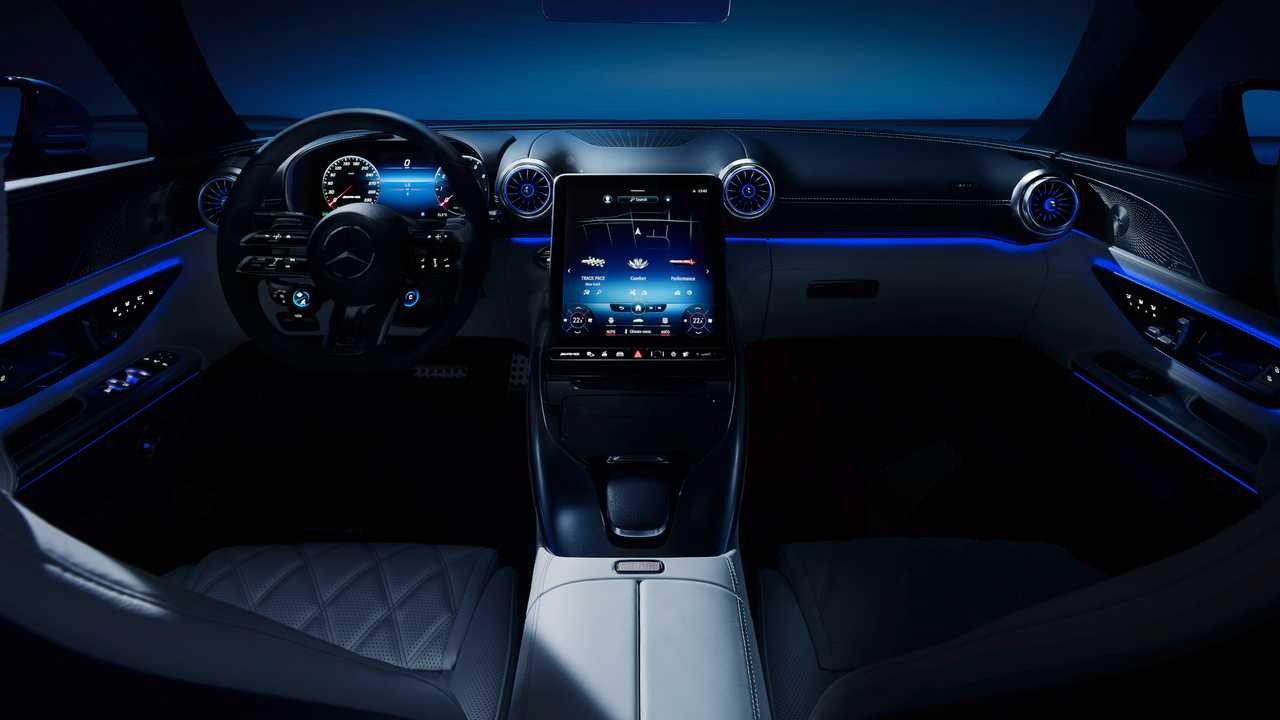 The new chapter in the Mercedes-AMG SL-Class book will open on Thursday, October 28, but in the meantime, have a look at its cabin.

This isn’t the first time the company shows us the overhauled interior of the convertible, but a closer look reveals new details. For one, you can now see that the infotainment display can be tilted to protect it from direct sunlight.

Technical parameters remain unannounced, but some spy photos made recently prompt rather confident speculation. If you zoom in, you will see a charger port on the front bumper, in the same area as the port on the GT 63 S E Performance. As such, it looks like the car is a plug-in hybrid, which rumors insist makes around 578 PS (570 hp / 425 kW).

Other than that, the company has officially stated that the new SL-Class will have four driven wheels.