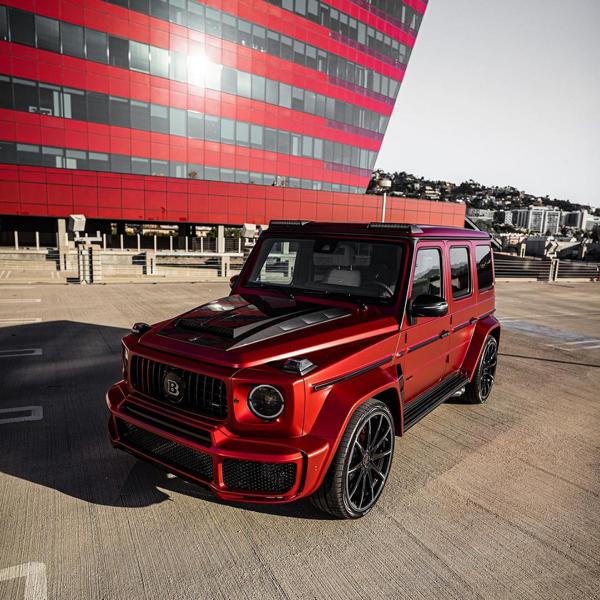 When Brabus unveiled its Widestar 700 styling package for the Mercedes-AMG G 63, it confirmed availability in the USA. Now, Platinum Motorsport used the package in one of its projects and is selling the result for just under $500,000.

The SUV wears a rare Crimson Shade paint, making it even more unique and decidedly a looker. As far as we understand the announcement, Platinum intends to produce 100 vehicles in this exclusive color, although it remains to be seen how many (if any) of these are going to be G-Class ones with Brabus parts on.

Whatever the case, there is plenty to look at. The body kit boasts a ‘visible carbon’ look and incorporates two aprons, a hood cover, fender flares, a rear styling piece replacing the OEM spare wheel, roof spoilers at both ends, side skirts, and much more. 24-inch Brabus Monoblock Z wheels fill out the arches nicely thanks to lowered suspension, while a look through ten thin spokes reveals custom brake calipers.

Rounding off the project is a fully customizable interior – or so we are told. The black leather and Alcantara in combination with the light grey seats – you can see it in the video – looks like one of the OEM options. Even so, far be it from us to criticize the AMG upholstery, which is amazing. Perhaps the buyer of this example didn’t want any changes in the cabin.