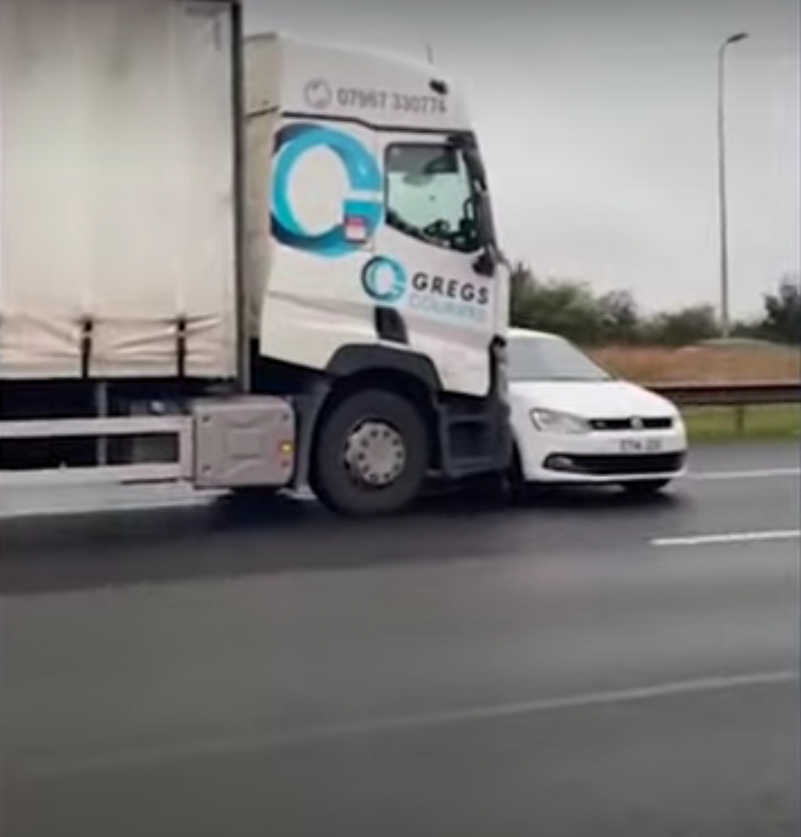 Decent people aren’t that easy to come by nowadays, but where others would just stand by and film a traffic accident on their smartphone cameras, this one filmed the accident AND warned the semi driver in time to avoid injury or worse.

It remains a complete mystery what led the driver of the semi to plow into a Volkswagen Polo and proceed to push it along the road in front of itself for several dozen meters. Lane change error seems like the most obvious explanation, but the culprit could no longer be determined. One way or another, the compact car ended up pressed with its side to the big rig and dragged a fair distance before the rig driver noticed the person filming them, gesticulating excitedly and shouting.

We are told that both vehicles emerged with only minor breakdowns, and the drivers were able to walk away from the crash site. A shipping company manager commented on the incident, saying that the semi driver failed to notice the Polo because it was in the blind spot of their car. The semi driver tested negative for alcohol and drugs.