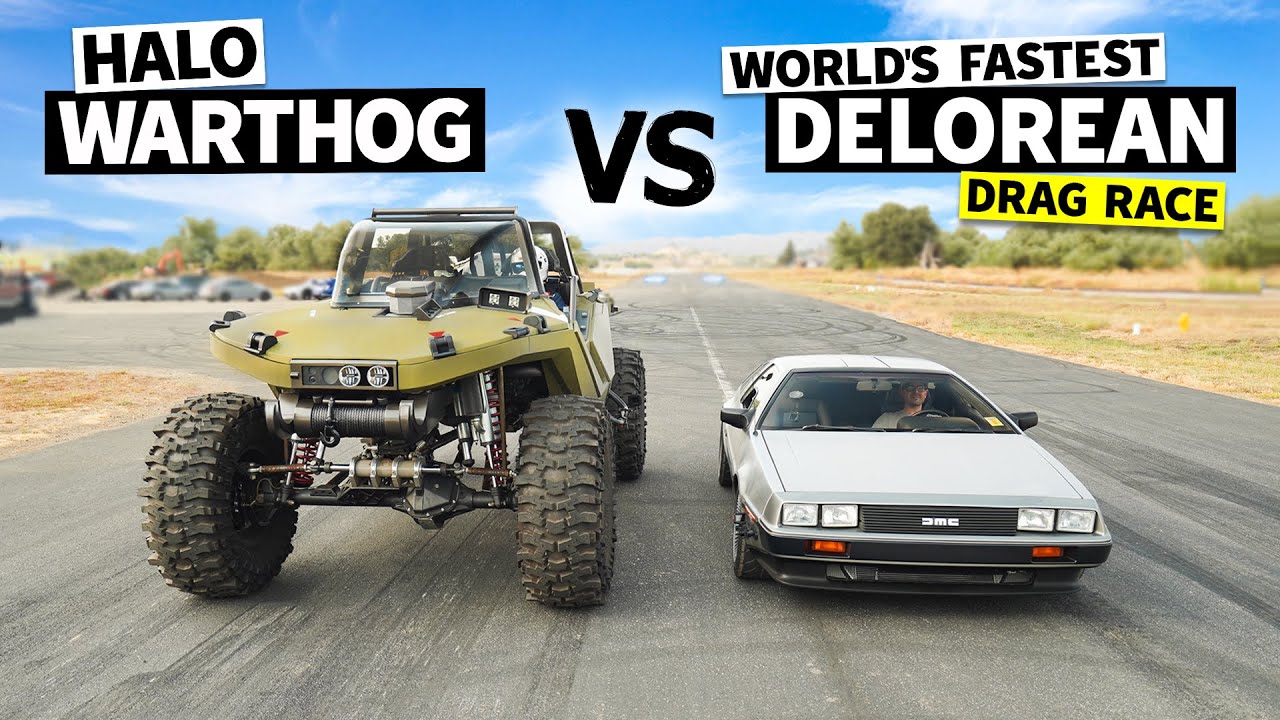 If you somehow started to think you had seen all possible combinations of cars on the drag strip, check out Hoonigan’s latest video pitting a military ATV from a video game up against a time-traveling machine from a movie.

The DeLorean DMC-12 needs no introduction. This particular example was produced in 1981 and is called ‘the world’s fastest’ by his owner. We cannot vouch for that claim, but we do think that having a Kia Stinger six-cylinder under the hood rated at 494 PS (487 hp / 363 kW) helps get around fast. It also weighs in at mere 1,236 kilos (2,725 pounds).

The Halo Warthog relies on a turbocharged Ford V8 to propel it forward with 1,074 PS (1,060 hp / 790 kW), but it also weighs close to three metric tons (6,500 pounds). Unlike the DeLorean, it is not a production car but rather a one-off, all-custom replica of Master Chief’s ride of choice from the console game franchise Halo.

The Warthog wins extra drag racing points for AWD, but loses many points for obviously clunky off-road tires. The DMC-12 has everything it needs to zap off the line, but makes do with RWD.

Which one would you bet on? Place your bets and watch the video, but be warned that the two are quite close to each other in terms of straight-line performance.