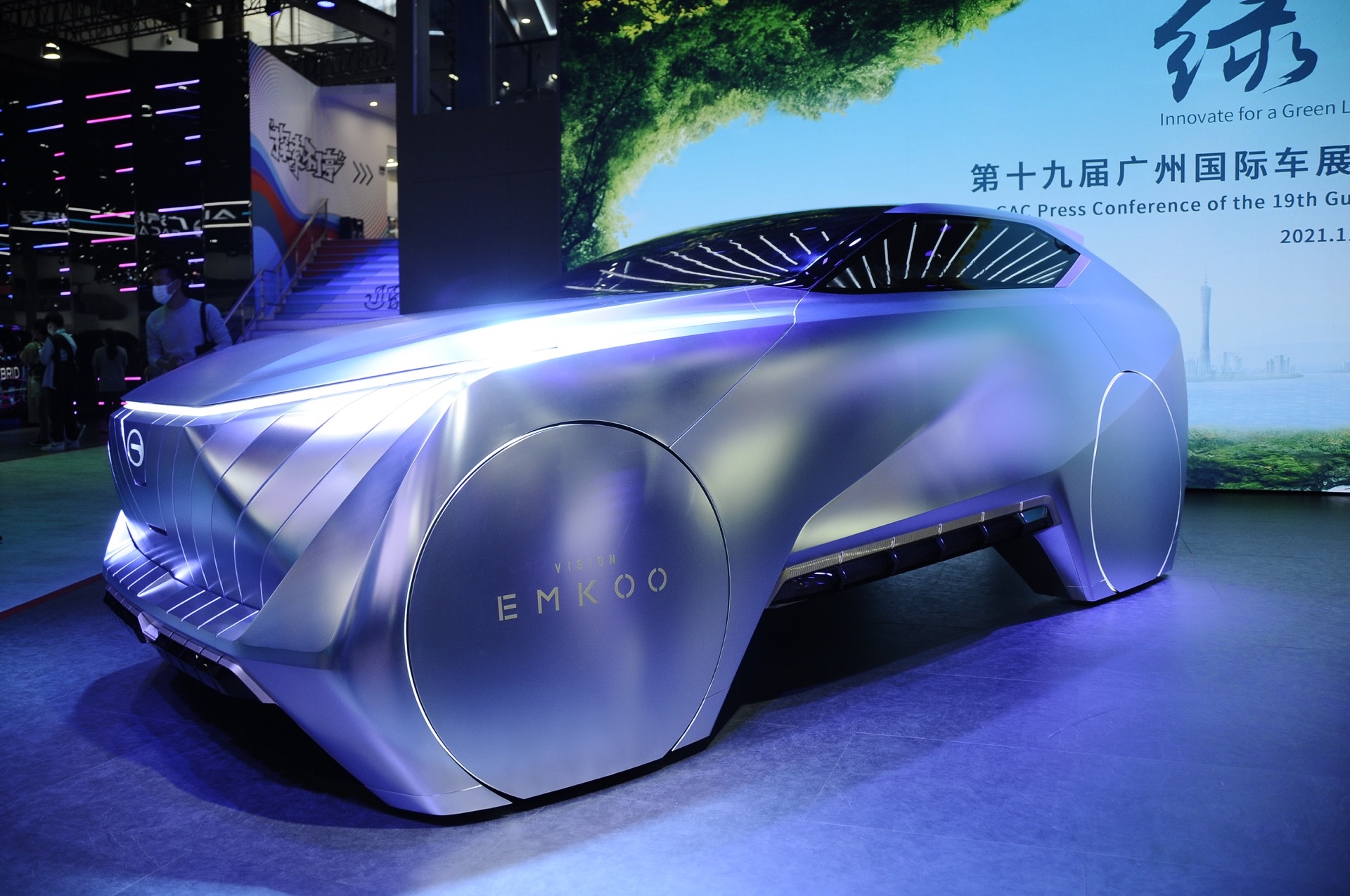 GAC Group has come to the automotive show in Guangzhou with what it called the Emkoo Concept, a futuristic design study that it nonetheless claims will reach production readiness next year. In the meantime, we can have a first look at it.

The GAC Emkoo embodies the design department’s notions regarding the perfect car of the future. Apparently, GAC envisions such a car as a coupe-like SUV with an exaggerated rear end, spaceship outlines, sealed wheel wells, and a ginormous radiator grille for the hell of it.

B-pillars are nowhere to be seen, and the doors swing open along with their corresponding roof sections. Found inside the neon-lit cabin are a driver’s seat and a corner sofa, both meant to serve as a metaphor for a shockwave from breaking the sound barrier. Don’t ask.

The powertrain stays a mystery, although AutoHome.cn says GAC plans on designing its own hybrid and all-electric powertrain tech from scratch. When the Emkoo Concept reaches a market-ready form, it will feature an advanced autopilot system based on 3 LiDARs and 30 other sensors, as well as powerful CPUs and numerous web-based smart services.