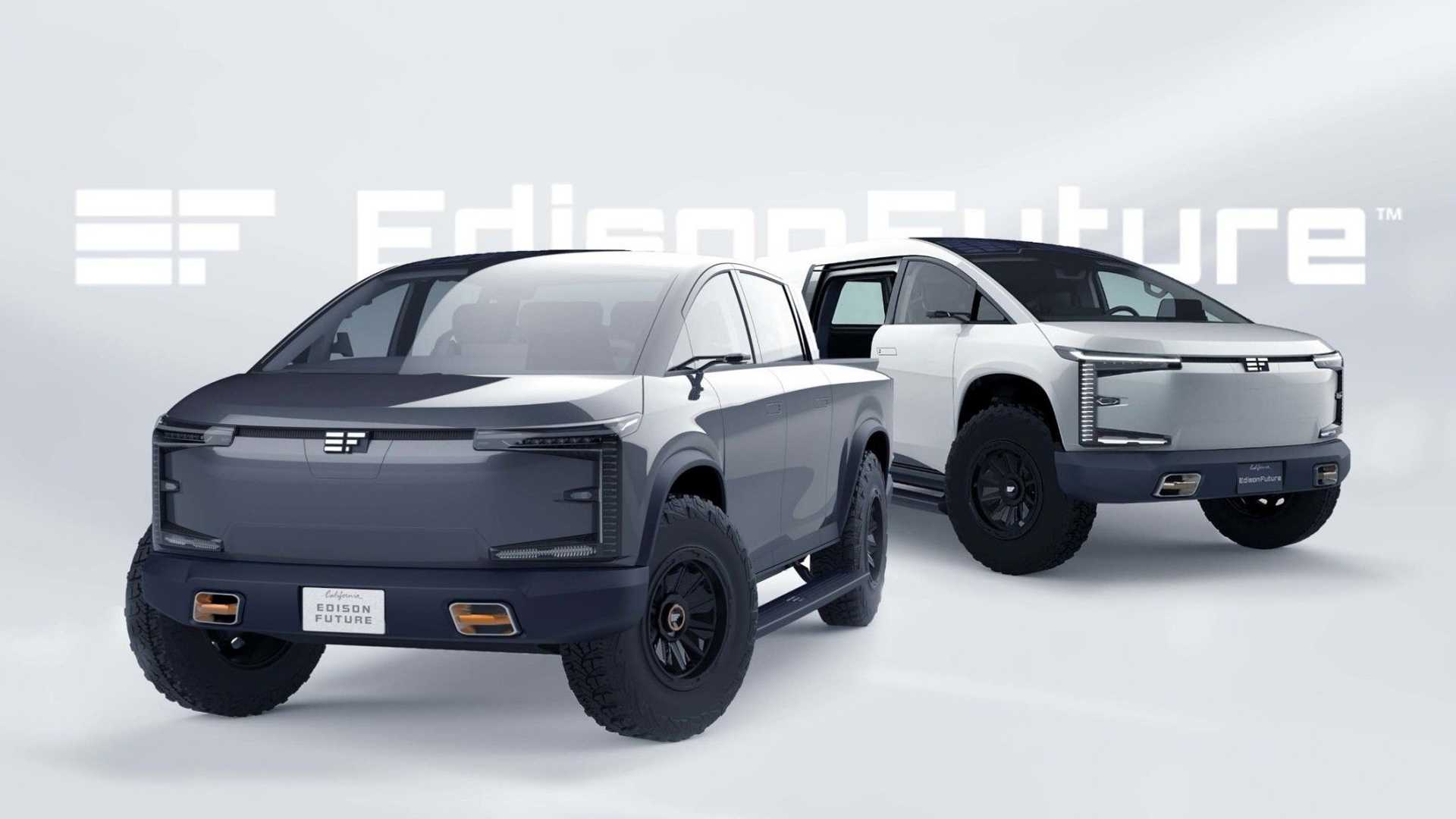 Startup firm EdisonFuture has attended the LA Auto Show with two concept vehicles that it expects to put into mass production in 2025 based on the same chassis and tech.

The EF1-T looks like it could easily compete with the Tesla Cybertruck. It is 6.2 meters (20.34 feet) long and seats six people, including three on separate seats in the front row.

The van gets the same modifications except for the three-motor one, which is not on the list. It has three seats in one row and a large cargo area configurable up to 11 cubic meters (388 cubic feet). Like the truck, it comes with a solar roof option.