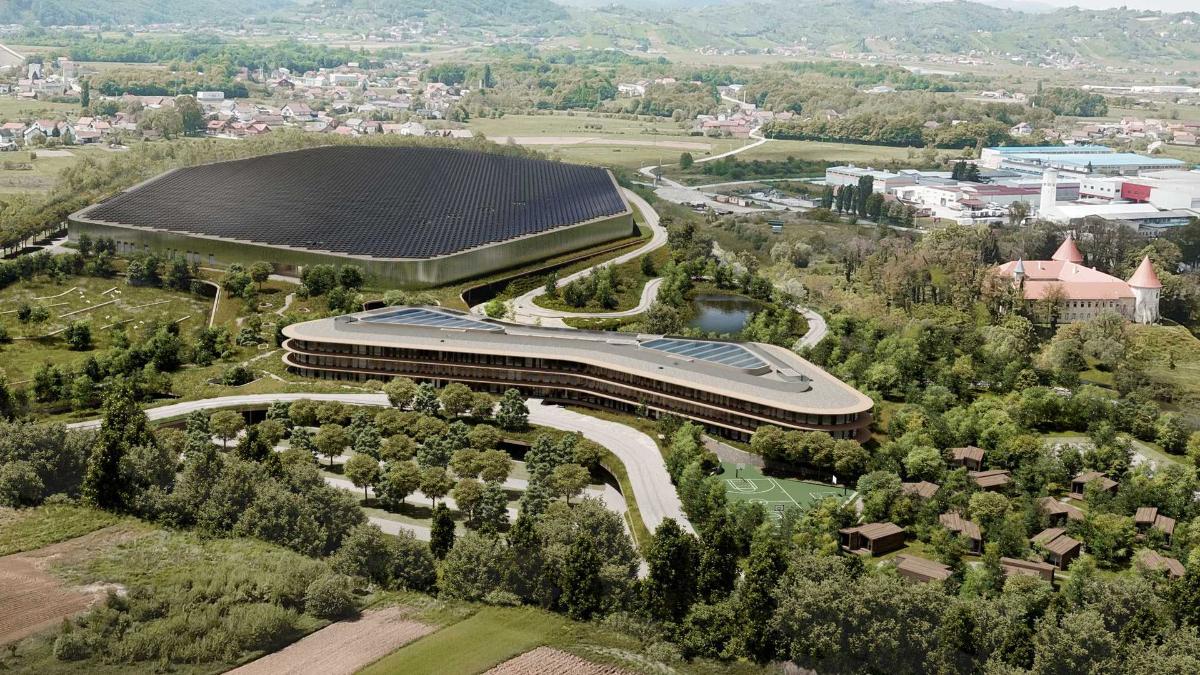 Electric automaker Rimac has begun construction in new headquarters in Zagreb, Croatia. According to Electrek, the company plans to invest around €200 million into the project.

In a recently released video, Rimac reveals both the final appearance of the site (on 3D renders) and the current state of construction. The project is expected to take a few years and include both research and production facilities.

The total inner area of all the buildings approaches 100,000 square meters, while the area of the whole complex amounts to 200,000 square meters. Rimac expects to create 2,500 permanent jobs here and transition from producing prototypes and limited-run supercars to mass-market performance EVs.

The campus shall include a test track, a museum, and assorted production, testing, engineering and design facilities. The company says virtual reality rooms are also on the list, as is a garden on the roof for recreational purposes. Despite the scale of the project, Rimac will endeavor to keep it as close to carbon-neutral as possible.

Mate Rimac founded Rimac Automobili 12 years ago. Not long ago, the company established a joint enterprise with Bugatti. From now on, the Croatia HQ will control the French hypercar maker while still letting it decide the model lineup and pricing.