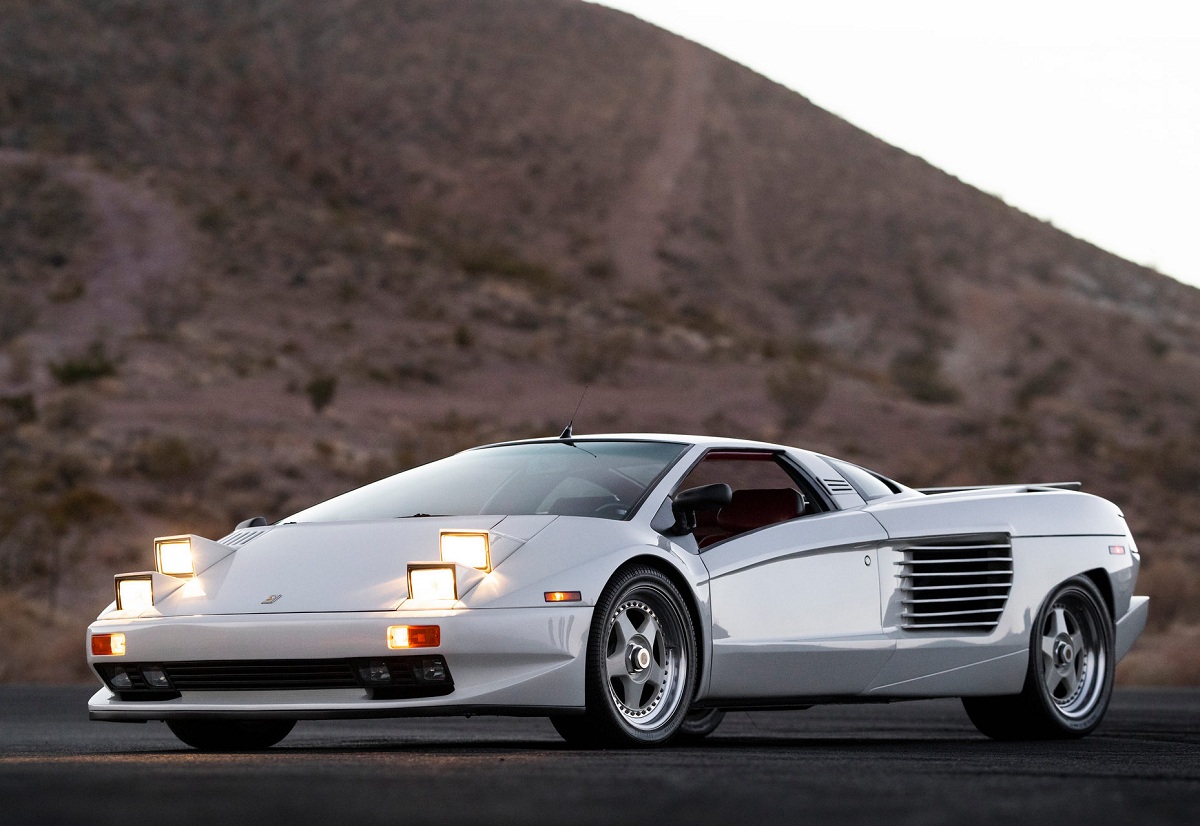 An ultra-rare 1988 Cizeta-Moroder V16T will hit the auction block in January and is expected to fetch close to $1,000,000 thanks to being number one out of nine total examples made.

More accurately, it is a pre-production sample built in the 1980s by musician-turned-investor Giorgio Moroder, ex-Lamborghini employee Claudio Zampolli, and famous automotive designer Marcello Gandini. The latter created such icons as the Lamborghini Countach, Diablo, and Miura.

This particular V16T debuted in Los Angeles 33 years ago. It was exhibited at the 1989 Geneva International Motor Show as well and later made it into Moroder’s collection. The musician left the Cizeta project in the early nineties, so all other cars from this batch are officially known as ‘Cizeta V16T’. This example is the only one to bear the name of Moroder.

Compared to the rest of the bunch, the pre-production coupe sports different exterior and interior styling. It uses a transversely mounted six-liter V16 in tandem with a five-speed manual transmission and can reach 100 km/h (62 mph) in 4 – 4.5 seconds, according to the manual. The same paper states it can reach 328 km/h (204 mph).

The car was completely restored three years ago. There is no asking price, but given that even later examples sold for $650,000 – $750,000, this one could be on its way to hitting a million or so.