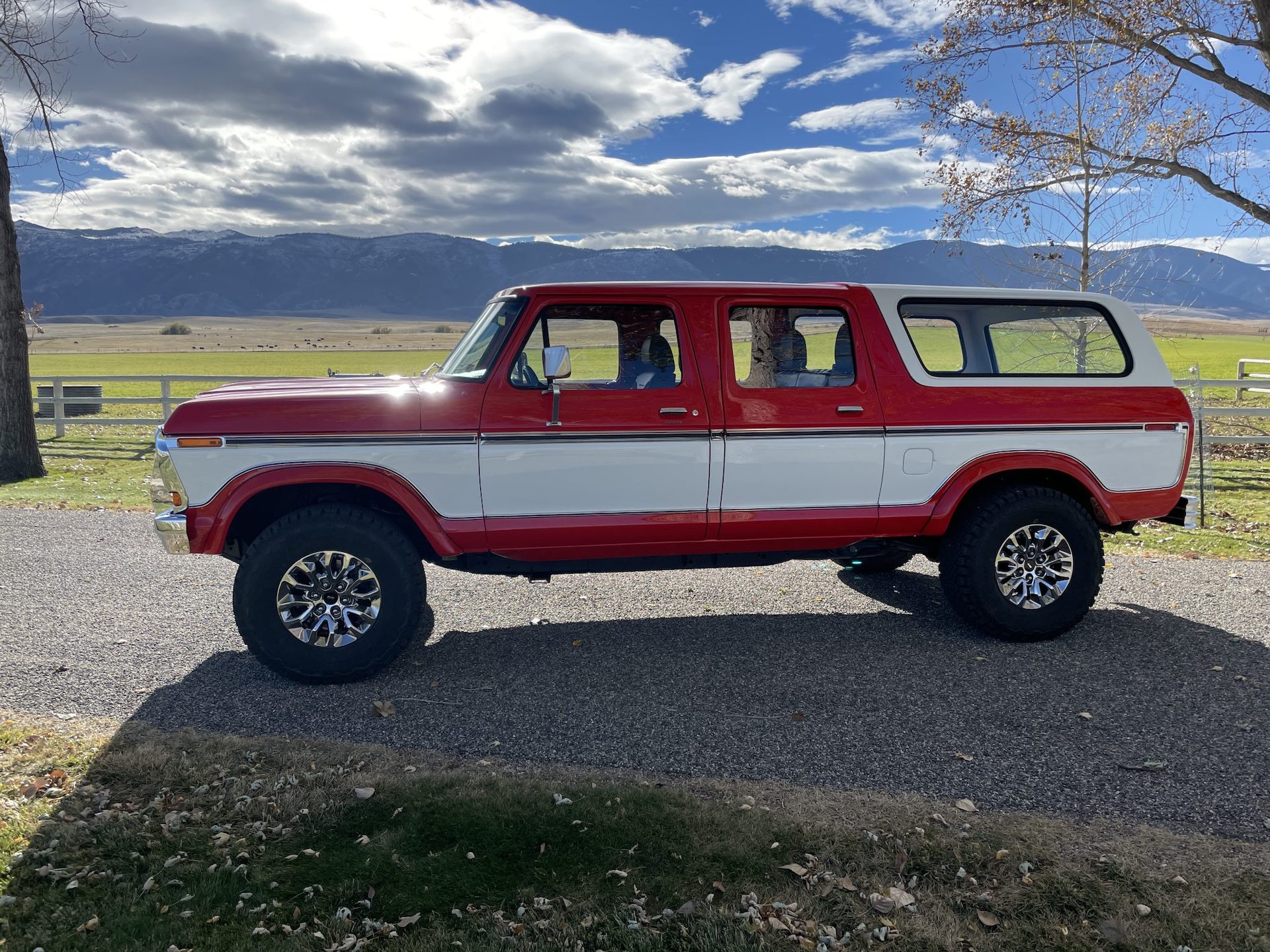 The car – which has already been bud to $127,625 a day before closing – is a work of Wyoming-based Sweet Brothers Restomods. As long as you don’t pay attention to the gaudy chrome wheels, you will find it looking indistinguishable from Ford pickups and SUVs of the late seventies. It resembles an older F-250 Crew Cab with the tonneau cover off and an older Bronco with it on, although the length is greater, of course.

The seller says the chassis was sourced from a seriously damaged 2015 Ford Raptor, and required restoration before it could be used. While they were at it, Sweet Brothers Restomods overhauled the suspension and put a 6.2-liter V8 under the hood. We don’t know much about the performance of the car, but the tuner has other restored rides in its portfolio to show for being competent in these matters.