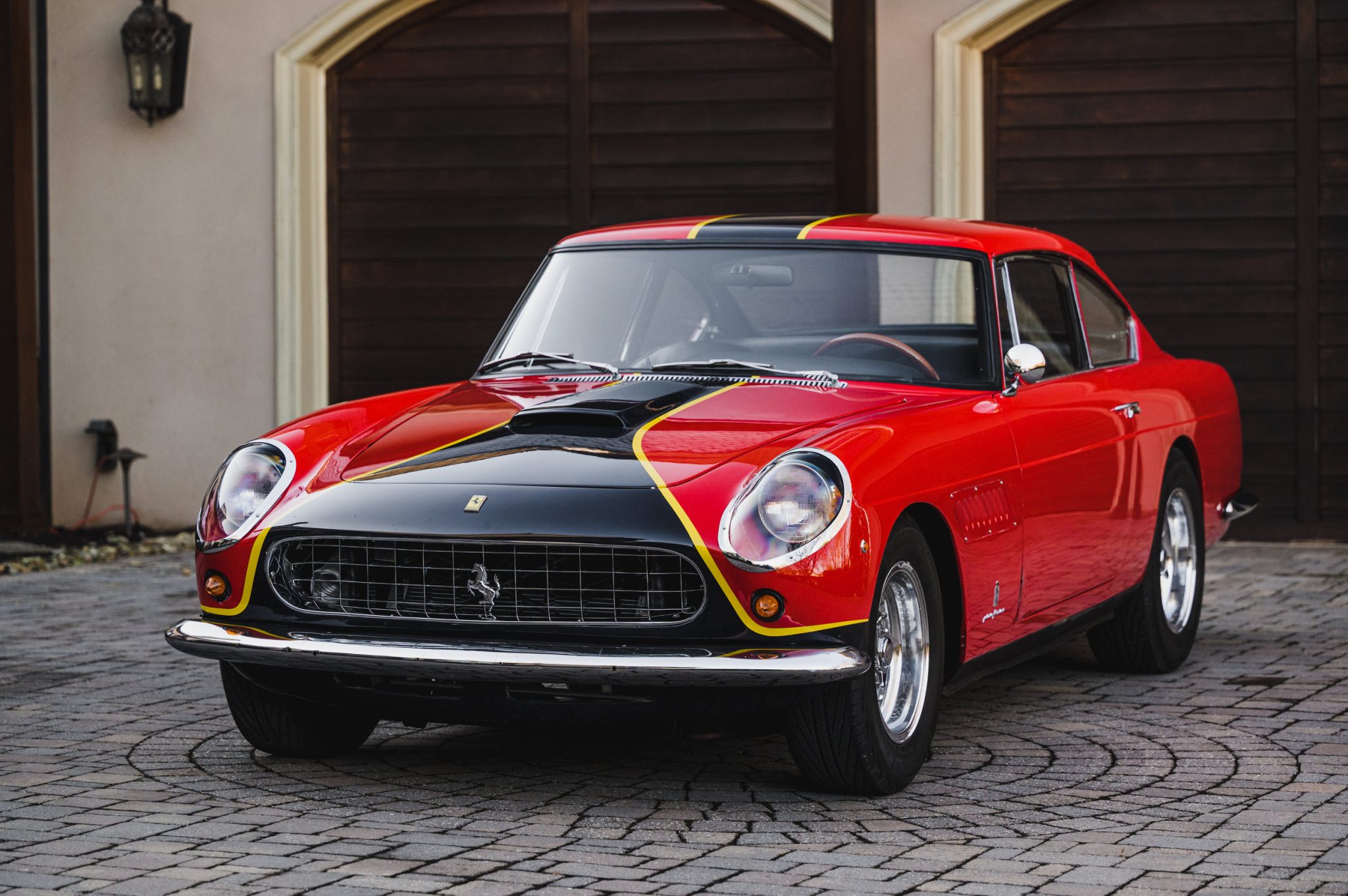 A rather unusual Ferrari 250 GTE 2+2 with an American engine under the hood has recently cropped up on sale online. Purists may feel offended, but it already costs $130,000 with three days remaining before the auction closes.

The seller reveals little in terms of background, but it still figures that the vehicle on sale is a 1961 Ferrari 250 GTE that left the Maranello factory finished in silver with a non-turbo V12 under the hood. Just where and when it got its 5.7-liter LT1 V8, Tremec five-speed stick shift and custom driveshaft remains unknown.

At a certain time in its life, the car was repainted in a more common Ferrari Red shade with a deep blue accent in the middle and some yellow stripes for contrast. The front clip received a makeover to look like that of the 250 California Spider, and the taillights were also swapped out for a more modern design. Custom Borrani wheels filled out the arches clad in Michelin HydroEdge 215/70 rubber.

The interior of the coupe was allowed to stay minimalistic with black leather upholstery all around, an air conditioner, a Hurt gear lever, and a wood-rimmed Nardi steering wheel.

Thanks to its iconic status and rarity, the 250 GTE often sells for $300-$400 thousand, but this one could be due a discount for all the aftermarket styling.