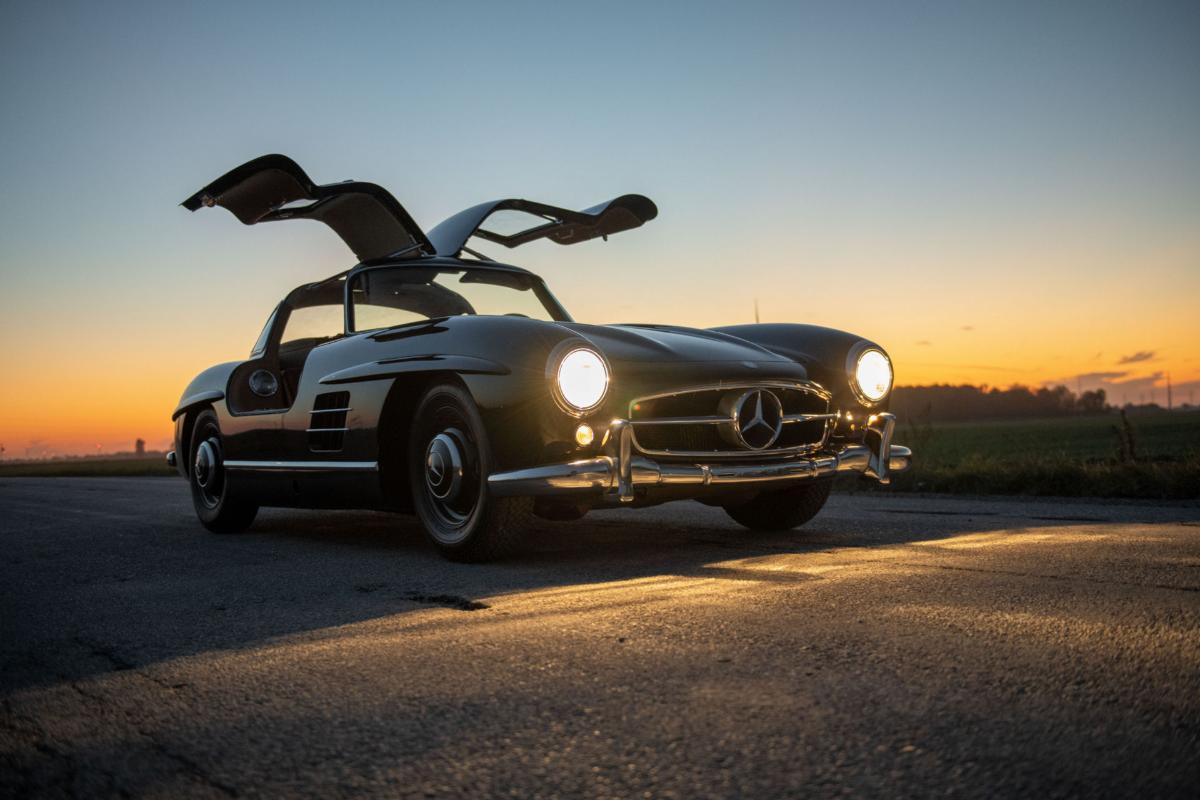 An ultra-rare Mercedes-Benz 300 SL Gullwing will be offered for bidding in Arizona at the end of the month, sporting an exclusive paint scheme and a unique exterior/interior finish combo. The exclusivity value alone should enable it to sell for $1.45 – $1.65 million.

Mercedes produced a total of 1400 ‘300 SL’ coupes, around 530 of which received a silvery finish reminiscent of the company’s historical racecar liveries. Other than that, the standard palette included a dozen of colors, and customers could opt for a Sonderfarben treatment of their vehicle (unlimited custom coloring opportunities).

Apparently, the Dunkelgrau finish this example wears was only specified by two owners – or so the seller claims. Complete with a light beige vinyl trim inside and red/green checkered fabric on the seats, this car does have a unique aesthetic going.

Originally produced in April 1955, it was never claimed by the original buyer. The first owner imported it into the United States in 1959. The coupe went through its first major restoration in 1987, ending up with a new exterior color, but a second makeover in 2014 saw the exterior reverted to Dunkelgrau. It also reverted the car itself to factory spec, except for the vinyl in the cabin, which was removed and replaced with fine leather. The new owner also ordered a custom set of bags and suitcases trimmed with the same leather in the same color combo.