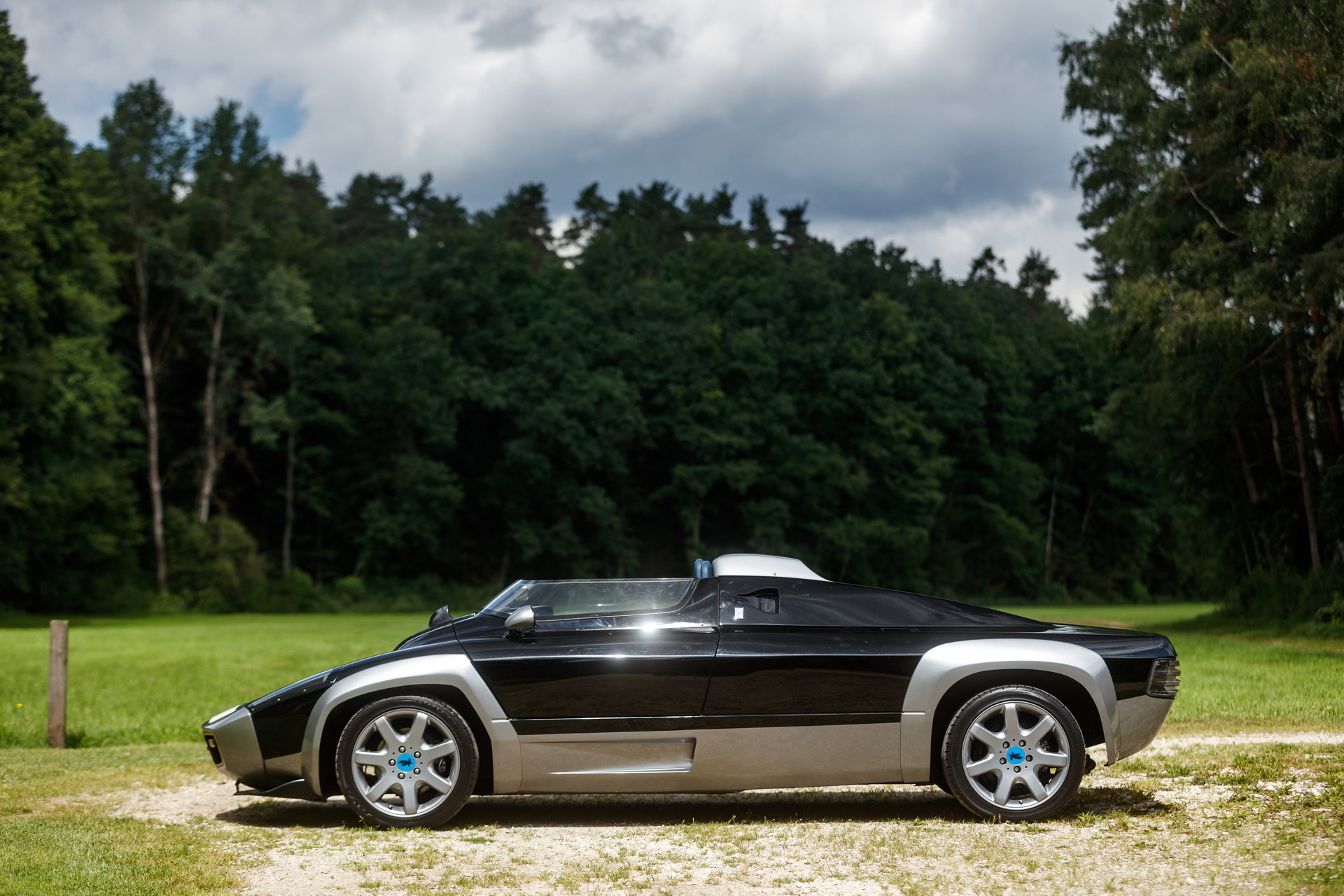 An auction will be held in May dedicated to this 1989 Isdera Spyder 036i show car that debuted at the Geneva International Motor Show. Only 13 or 14 units was made in total, and this one received special treatment.

The auction holder claims the sports car was the second one assembled. Isdera engineers had to fabricate everything and put it together by hand, so making just one such vehicle took around a year.

The ‘036i’ suffix references the engine. The standard Isdera Spyder (see video) packed a Mercedes-Benz inline-six engine rated at 217 PS (214 hp / 160 kW). One of the previous owners of this particular car decided that it was not enough and sent it for an upgrade to Hildesheim, Germany, in 2011. The Mercedes factory there had the engine swapped out for a 3.6-liter AMG mill capable of 276 PS (272 hp / 203 kW).

There were multiple visual upgrades, too, including a rather extreme widebody kit and a set of 16-inch aftermarket wheels. The cabin received an overhaul in blue (the stock trim was purple) along with a couple of Recaro Sportster seats.

Prices remain unannounced, but Carscoops believes crossing the $200,000 USD mark will be easy for the exotic.