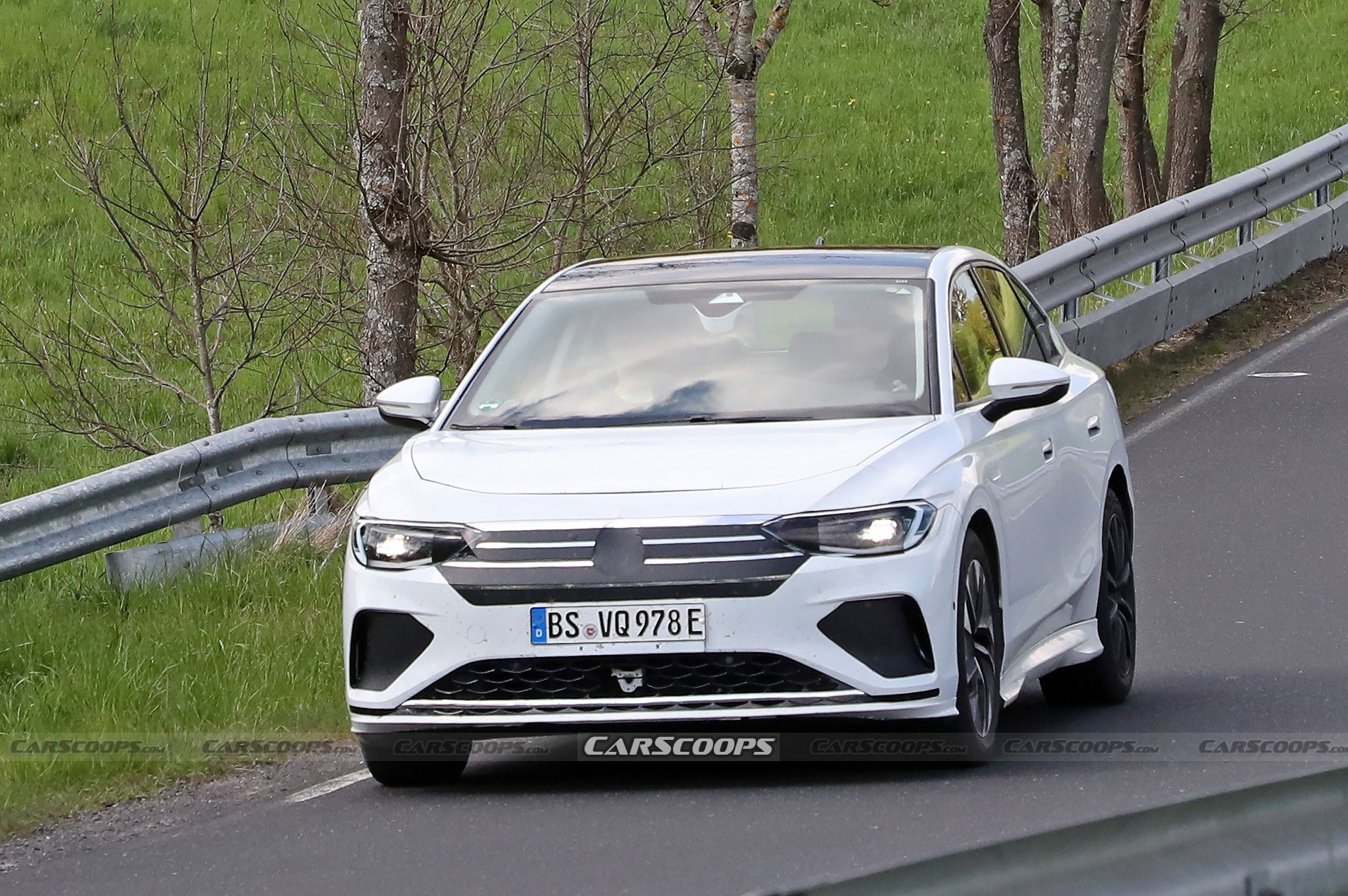 A bunch of spy photos have just arrived showing a virtually non-cladded Volkswagen EV on a public road somewhere. The car is rumored to reside in the same class as the VW Passat and Arteon, making it a direct competitor of the Tesla Model 3.

The front fascia looks stylistically similar to other ID-badged vehicles. The frontal view resembles that of a liftback, rather than a sedan. And then there is a short trunk lid that looks like a tailgate.

Overall, though, the newcomer looks like any traditional car with no futuristic traits so common among battery vehicles. The proportions are also rather mundane and typical for a vehicle around 5 meters (16.4 feet) long. One has to wonder what the interior looks like, as there have been no photos of it yet.

In the meantime, though, Volkswagen refuses to reveal what the name of the car is. Rumors offered such possible variants as Aero B, ID Aero and ID.7. As for the sources of inspiration, the design reminds us of the ID Vizzion Concept (see video) and the ID Space Vizzion, too. The latter debuted as a wagon, so maybe the production car will be available in that body style, too.