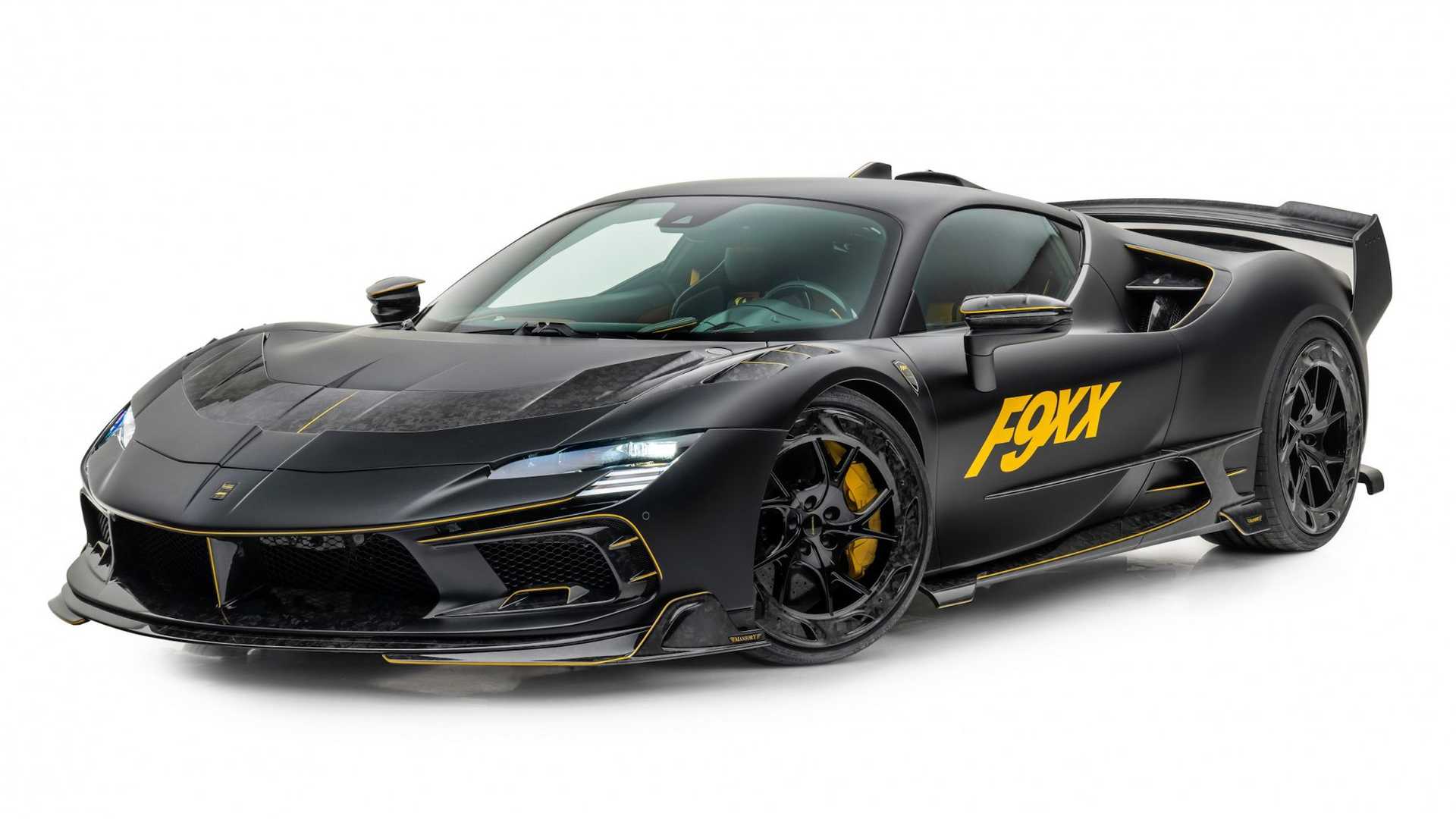 Mansory has been busy tinkering around with Ferrari supercars lately, going from middle-ground to high-end. This week, the German aftermarket specialist unveiled an SF90 tuned to deliver an additional 200 horsepower.

The so-called Mansory F9XX rocks a forged-carbon body kit that lets it generate proportional amounts of extra downforce on both axles, resulting in a very balanced per-axle distribution of load, per the manufacturer. The same kit is said to improve cooling by directing more air into the intakes found on the rear wheel arches and the roof.

Rounding off the impressive project is a bespoke interior makeover. Mansory offers a vast array of custom options here, with the show car betting on a combination of black and yellow leather with abundant carbon fiber.

Prices have not been mentioned.