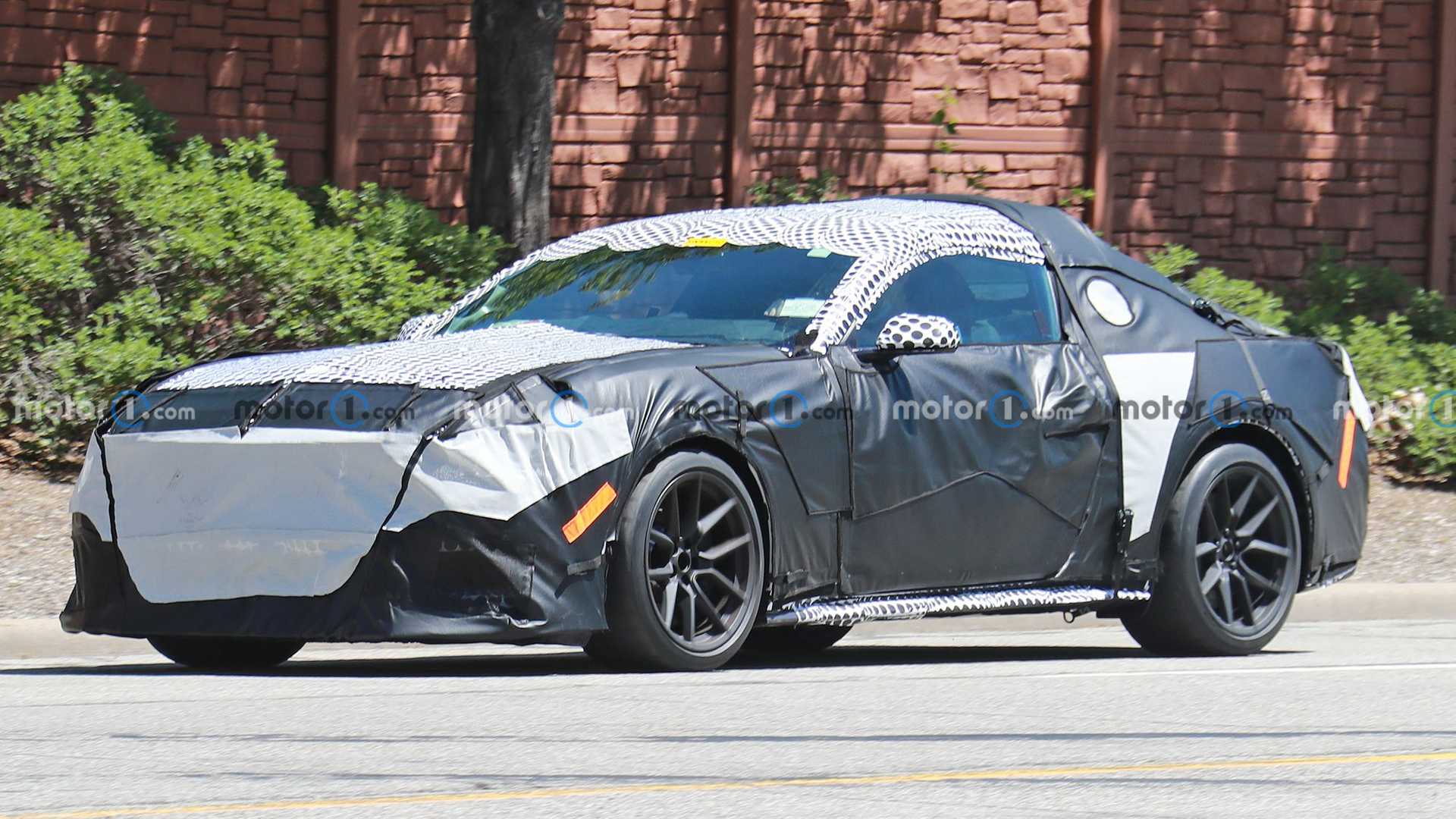 The next-gen ford Mustang is running pre-production tests in the mountains. Someone from TFLNow apparently was in the right place at the right time to catch the pony on camera.

The ‘Stang still wears a thick camo wrap with a broad radiator grille outlines at the front with three air intakes underneath. The nose appears particularly long. Black 10-V-spoke wheels fill out the arches. The emphasis in the video is on the rear end with its two tailpipes running down the sides of the car.

There is a single photo of a Mustang with an exposed front end in our gallery, too, which lets you see new slim headlights with three signature stripes. The lower fascia sports a wide trapezoid opening.

When it reaches the market, the next-gen Mustang is expected to come with a 2.3-liter EcoBoost V4 and the same old 5.0-liter Coyote V8.