1 of 7 surviving James Bond’s Defenders expected to fetch up to £0.2M 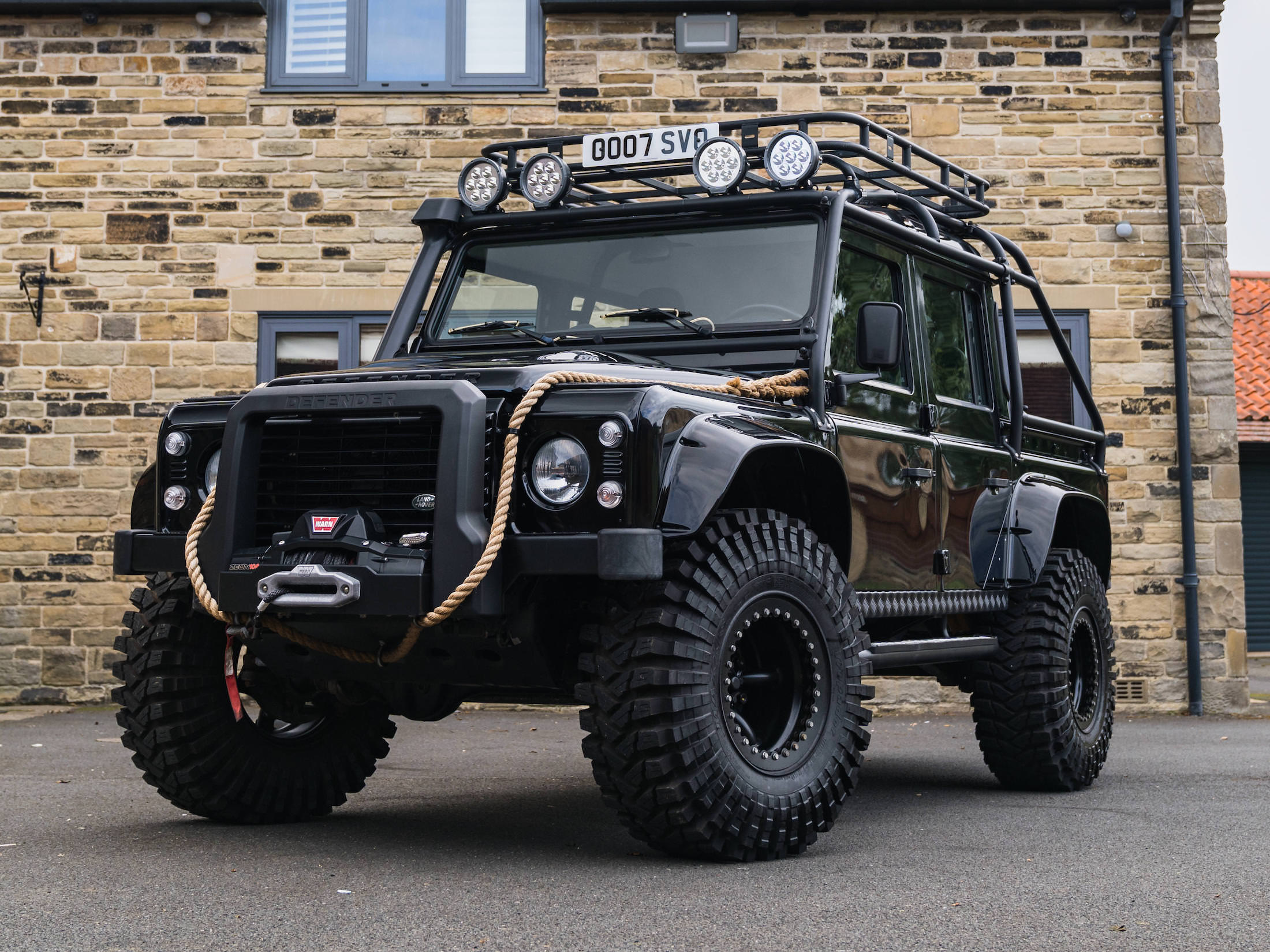 A rather special Land Rover Defender with a plethora of aftermarket mods, only 470 km (292 miles) on the clock and a movie background to be proud of will be sold at an auction at the Goodwood Festival of Speed.

UK-based tuner Bowler built the off-roader for the filming set of the movie ‘Spectre’ in 2015. According to the seller, no more than seven vehicles out of the ten originally built survived the shoot.

Bowler – a renowned Defender specialist – called the movie version of the Defender ‘Bigfoot’, basing it on the stretched variant of the pickup. It added reinforced bumpers at both ends, a front winch, an external roll cage and some auxiliary lighting. New 37-inch all-terrain tires were fitted onto the wheels, and all shiny parts were blacked out.

Inside, the most immediately noticeable change comes in the form of Recaro front seats equipped with multi-point safety harnesses. The company emphasized that the belts were essential for stunt drivers participating in the filming.

To ensure proper maneuverability, the Defender was also given an upgraded suspension with Bilstein shocks, as well as improved forced induction and cooling for the stock 2.2-liter diesel engine. As a result, the mill mot pumps out a healthy 185 PS (182 hp / 136 kW) instead of the usual 122 PS (120 hp / 90 kW). A six-speed manual transmission is used to convey the power to all four wheels.

The auction holder points out that this James Bond Defender is one of the few commissioned and street-legal examples in the UK. Since it was largely used for filming less dynamic scenes, it is still in great condition.